In January, I spoke at the national photographic convention in New Orleans, called ImagingUSA. After working, and having been there before, I took some time to walk down some of my favorite streets to create some fun images. 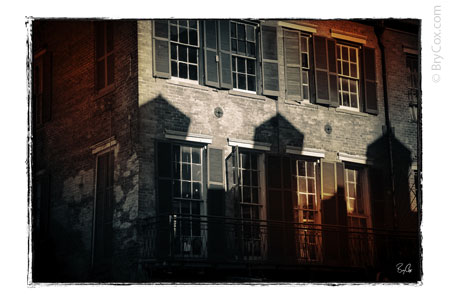 I processed these images out using some of my new b&w and toning effects as well as come of my custom made edges that I create and sell to other photographers as well as use myself.  I’m really happy with these images and how things turned out. 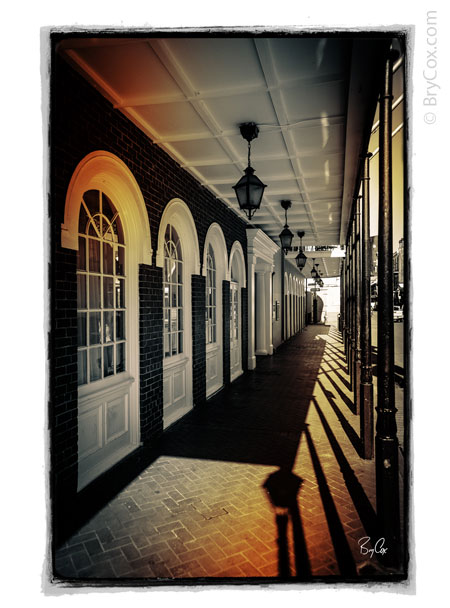 I feel that these images are especially interesting, and the look I’ve used just accentuates that. These images make a great series of my trip there. 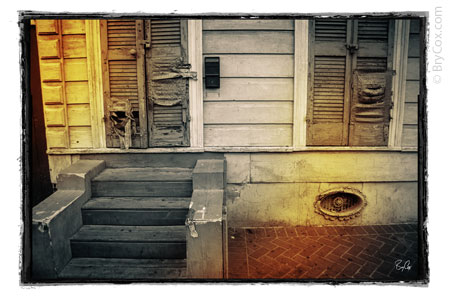 It was a fun walk, but I had to hurry and move quickly through the streets so that I could catch to my flight home in time. I found it interesting how so many buildings had similar windows, stairs and textures, even though the colors where so different. The similarities really show in these b&w images. 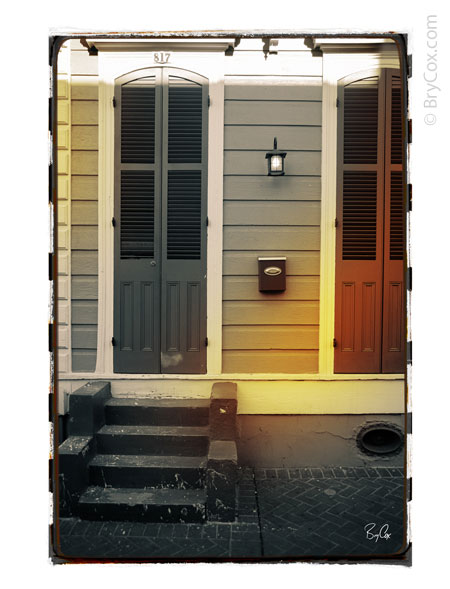 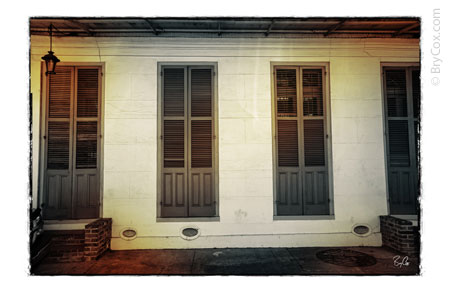 I also walked to an old cemetery I remember finding last time I was there. I really liked this area and wished I had more time to really play and photograph the area. Nevertheless, I still created some cool images. The trick is to shoot this in such a way that you don’t show all the people walking through, or the modern buildings behind the tombs. Those things would have been very distracting in the final images. 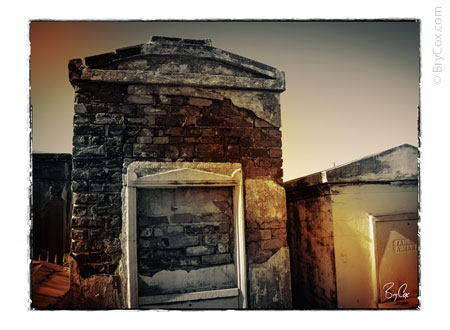 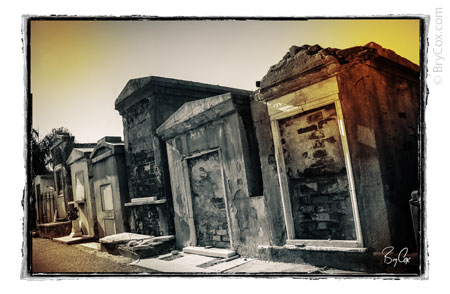 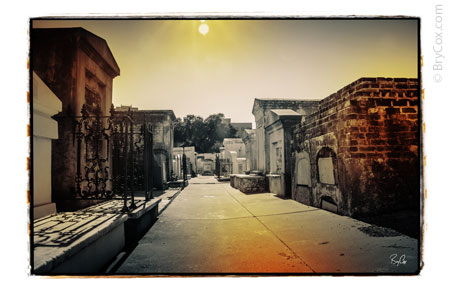 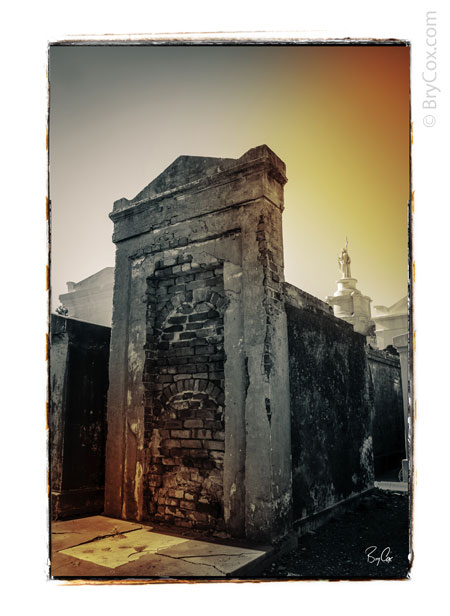 I had to get at least one image of me, and chose to do it in an abstract way, using my shadow. 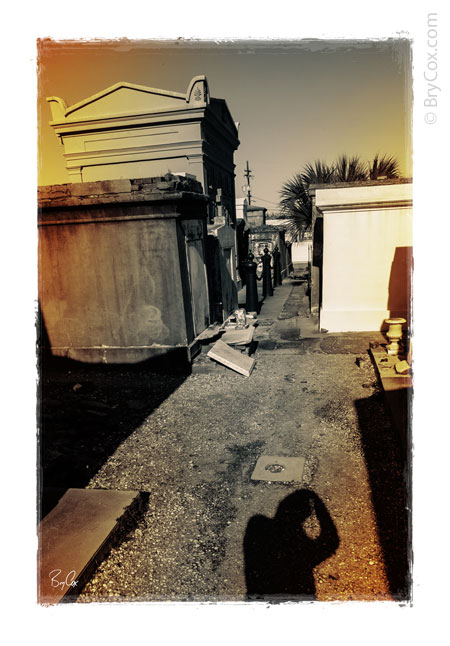 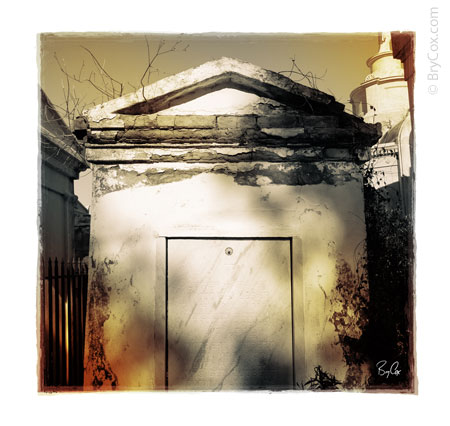 Here’s one in color. It’s the top of a pyramid shaped monument. The others I created for b&w, but this I never even tried converting it. It was meant to be in color, even though it sticks out of the series. 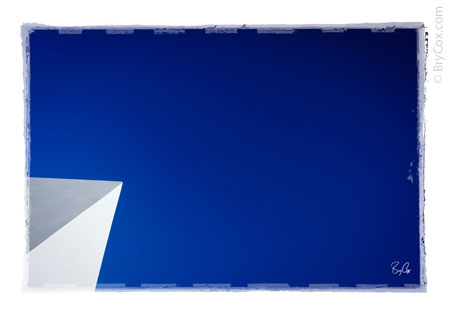 I love these iron gates, with the shadows they created. The lines and textures were very exciting! 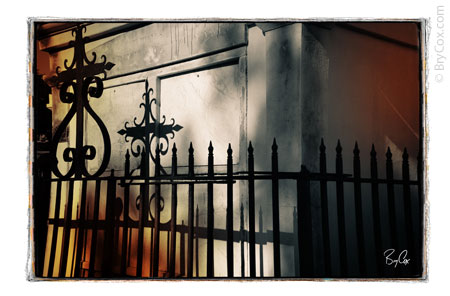 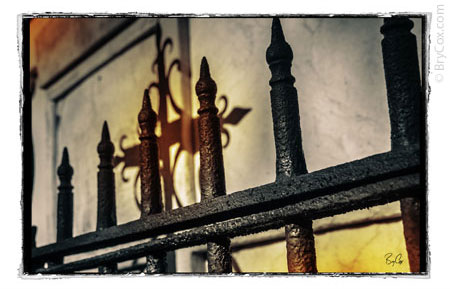 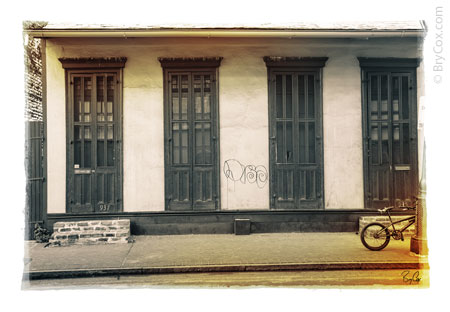 So as I was walking back to my hotel to head off to my flight, I passed one last time this large abandoned office building. It’s very weird to see such a large building completely empty and I had been passing it multiple times daily while there. 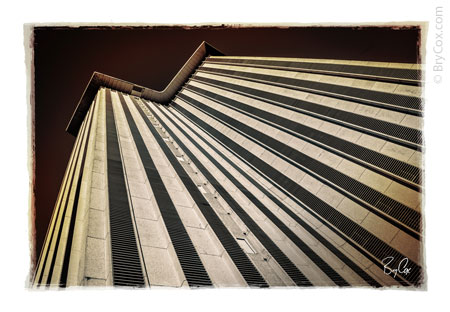 I also found my name on one of the sidewalks. 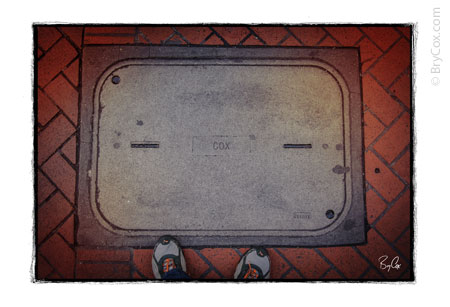 And finally, I created this painting while I was there using an image I took with my iPhone while going to a vendor party one night on Bourbon street. 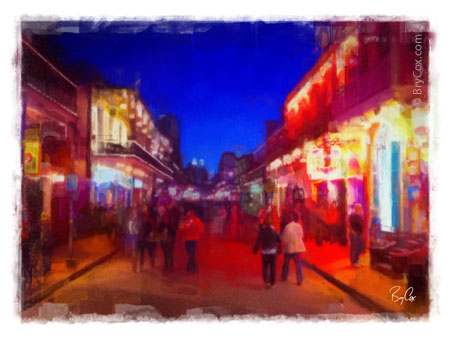 I’m very happy with my street images and walk-about. It was a good way to end the trip.

Last time I was in New Orleans, I focused on people I saw while walking around.  This time I focused more on textures and lines.

If you’re a photographer and would like to know more about my workshops or speaking schedule, check out my workshop website at BryCoxWORKSHOPS.com.