I was asked to provide an image for the cover of Salt Lake Bride / WeddingSoEasy and I had a few suggestions that matched their fall theme. But they already had a particular image in mind.

I created this image a few years ago on an airport runway. Because one of the fathers was a pilot, the wedding reception was held at a ballroom of a commercial jetway building, right on the runway. At twilight, I brought the bride and groom outside along with some other lighting gear to create a series of images with the awesome, post-sunset sky. 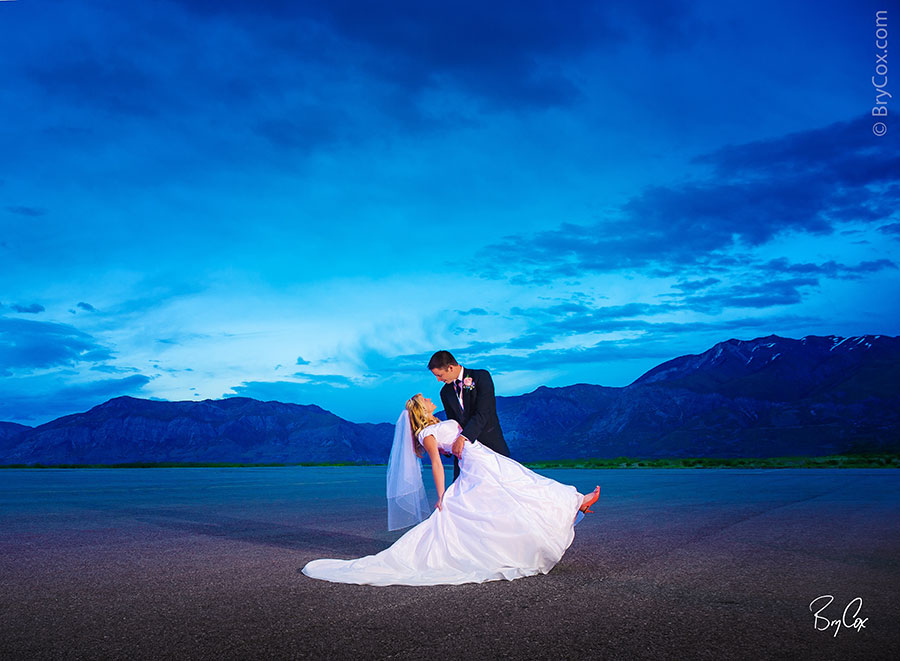 And here is a closeup to show the interaction between these two, because the internet just doesn’t show detail like it should. Notice how even after dark, their skin tones look great, they’re being sculpted by the light, but they are not bombarded with light. It’s just a touch in the right places to bring out them in their best way while also making the sky being them pop a magical blue.

For the couple, I finished this image as a long, slim-line canvas for their wall. And it’s really fun seeing it again – this time on the cover of Salt Lake Bride.

Here’s the cover with the image cropped in vertically. 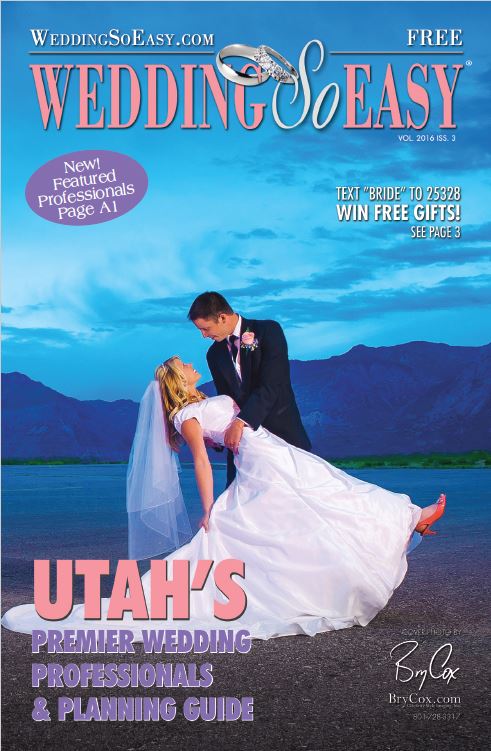 If you’re getting married and are looking for a great photographer, give me a call at 801-728-3317. And if you’re at all unsure, here’s a quick 1-minute video on my lighting style and why you’ll look amazing.