It’s an honor to be featured this week in the ‘Faces of PPA‘ gallery. It showcases photographers from all over. 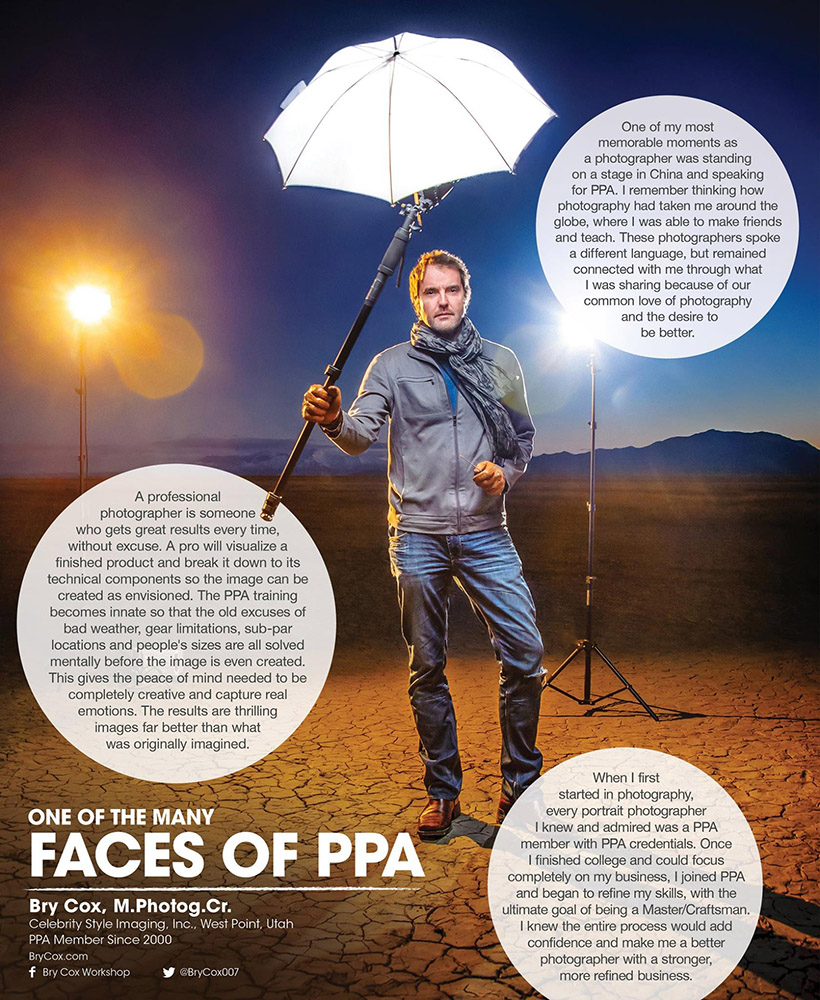 As part of the process, they ask some questions, and then they pick through your answers for a few bubbles to go over your image. It was fun project and I appreciate being a member of PPA. It has helped me immensely, and it was nice to reminisce about times and places and where my career has taken me, particularly when it comes to my partnership with the PPA (Professional Photographers of America).

I specifically shot this image (Artist of Light) for use in the PPA magazine as well as for my tutorial lighting DVD for photographers, which is why I shot it vertical. I wanted an image that said I was an artist of light, and the thought came to me to be lighting myself. I could imagine the entire image down to the details, including the location, the time of night, the different colored lights, etc. It took a bit to load that gear out there, but I really love how the image turned out.

I would like to thank the PPA for this, and would like to remind any photographers out there to come to the national convention coming up during the first part of February in Nashville. I’ll be speaking there so be sure to come see. Here’s a quick video about that.