A good friend, James Christensen, has passed.  I extend heartfelt condolences to his wife and family and thank them for the great times my friends and I have had with them at their home. We’ll alll miss James dearly.

He was a great man to look up to, and I identified with him particularly because he was deeply religious while also keeping a young, humorous, slightly rebellious streak. He gave so much of himself and his time and talent to the LDS Church in a variety of callings, and the enormous murals that he painted in temples will forever inspire, as does all of his art. 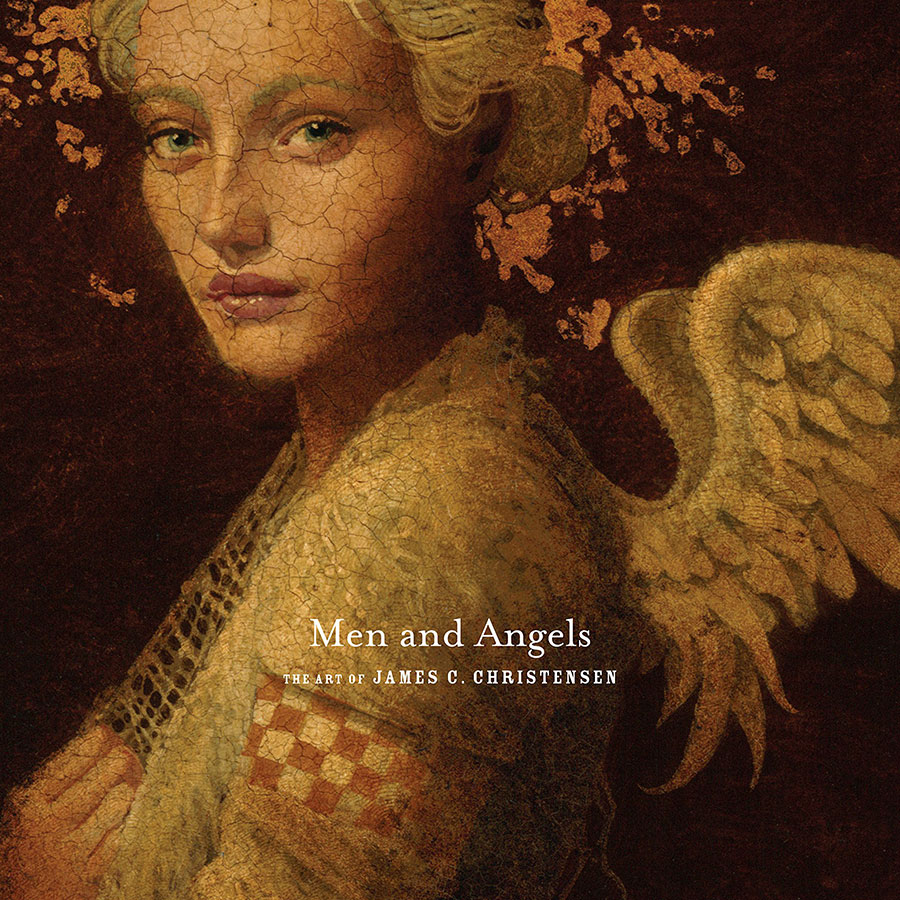 His love of symbolism in scripture and art, and his ability to see what others might miss, and to add these details to his own pieces provide an almost magical insight. He hosted various barbecues and kung-fu film nights — he had the ability to connect with all of our friends despite age differences.

And as you can see in this portrait below, he raised a wonderful family that I’m honored to have photographed for Sari’s wedding. 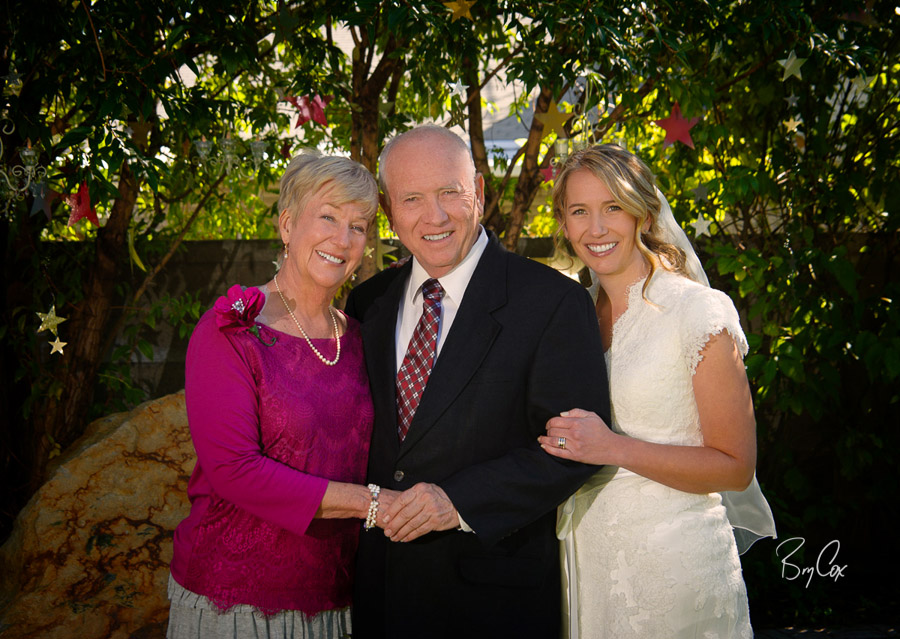 And my friends and clients will remember the many Christmas CDs that we produced over the years bearing his artwork. These were a joint project. James Conlee produced them, James Christensen provided the cover art, while I handled the graphic design and printing.

I would sometimes have to adapt his painting to a square design or to allow text to flow over top. That meant digitally changing his art, sometimes extending things or cropping areas, all of which I was always very cautious about doing. But when it was needed, I made sure every change was true to the original feel of his painting so it’d be un-dectable. And then I waited for his opinion. He was always very kind and would say, “Well done, Bry. I like how you did this, and how you did that.”

Here’s a few covers from over the years. 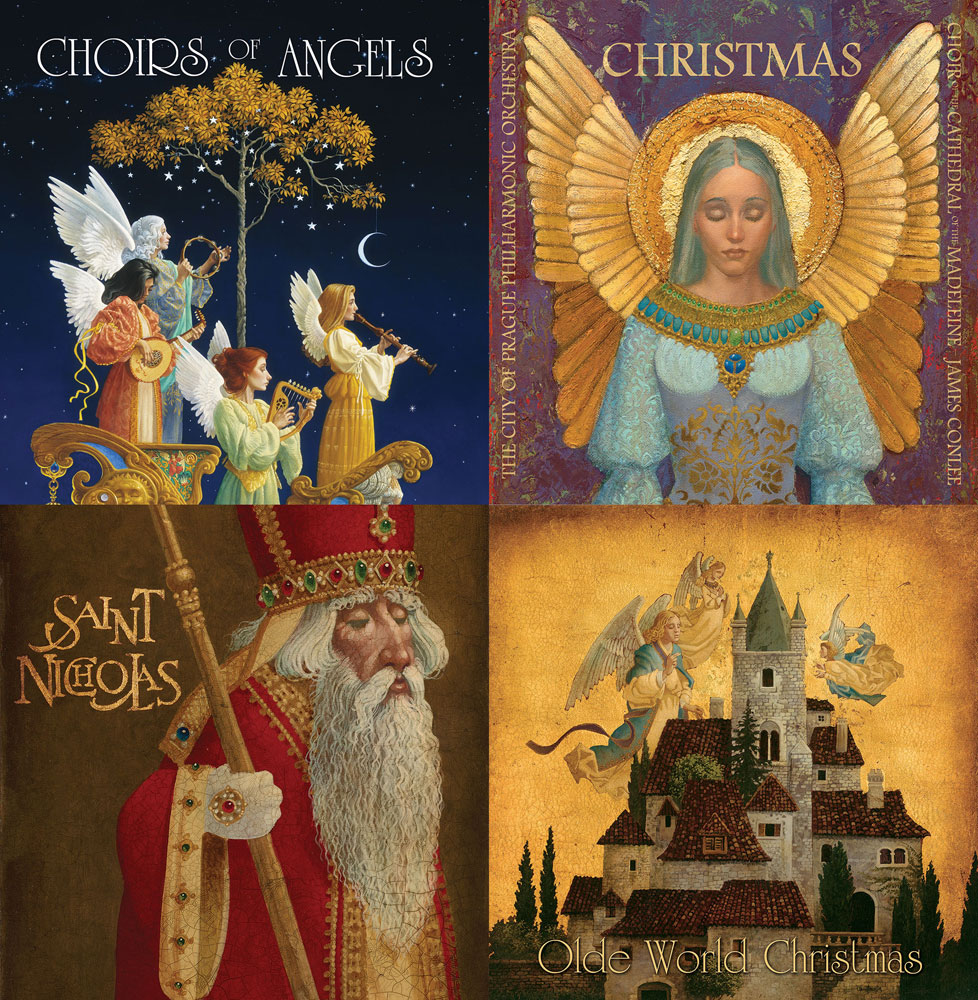 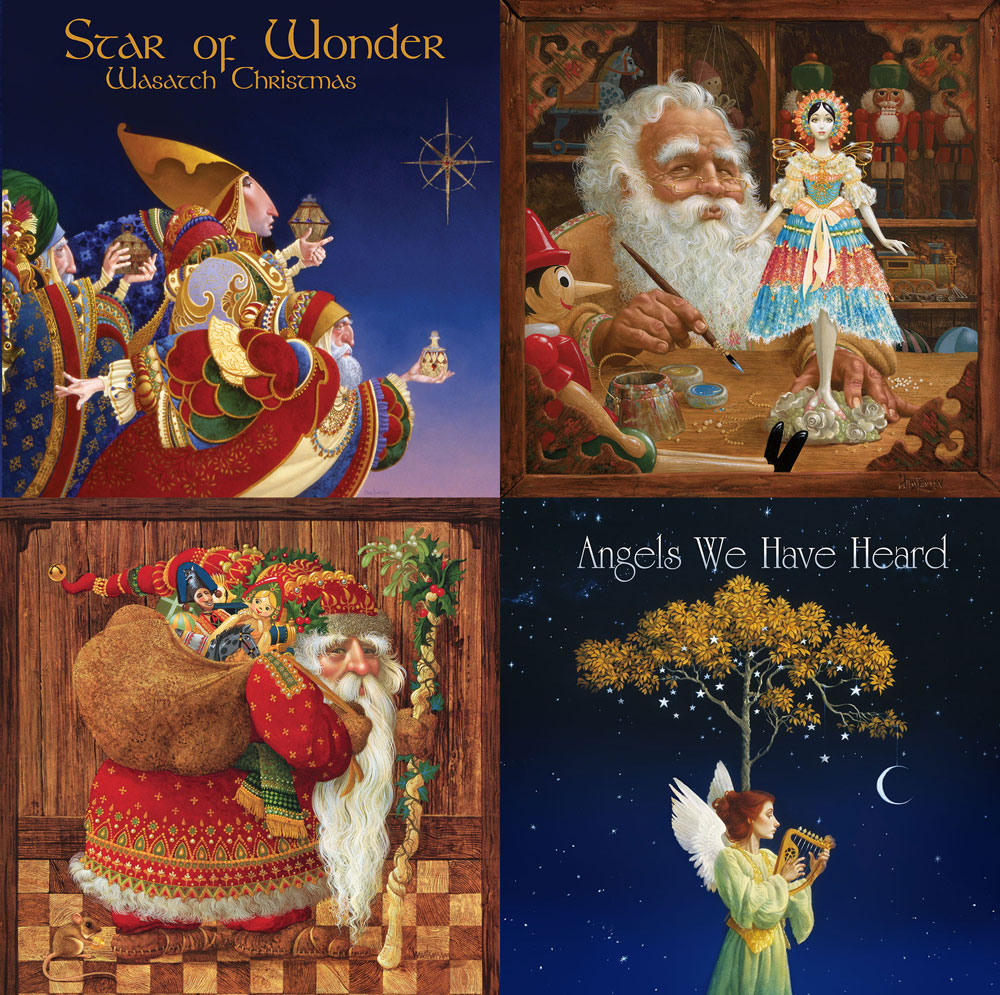 The most dramatic change was with this painting below where I removed everyone but the one angel in the middle, and then recreated stars and sky in their place. All these alterations were discussed beforehand. He was great about them. Here’s his original painting. 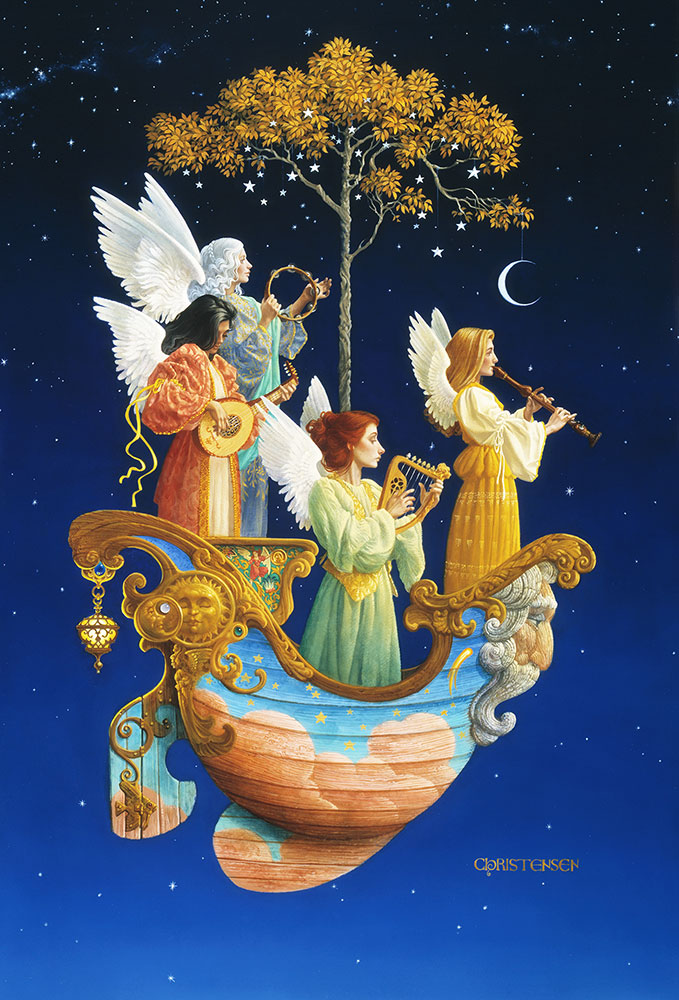 And here was the final CD cover. 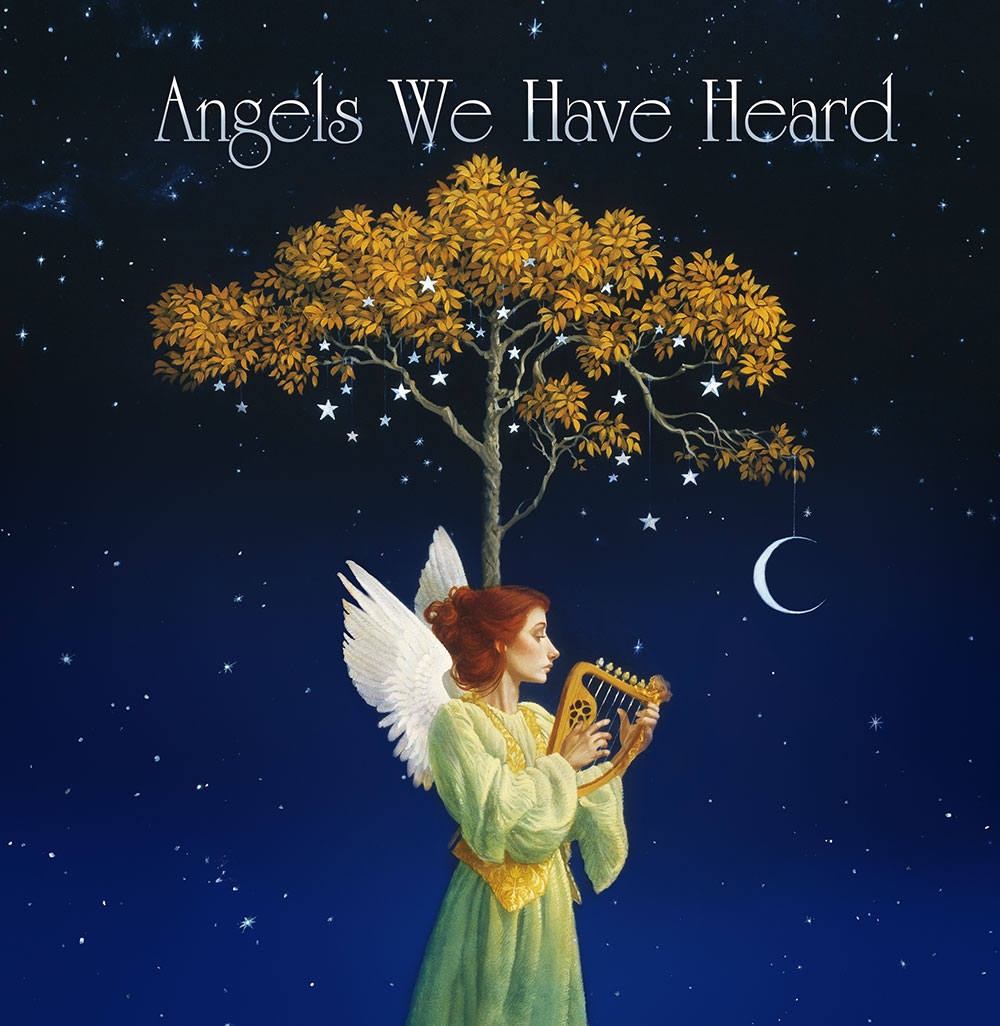 I feel lucky and blessed to have known him, to have his artwork on my walls, and my heart goes out to his family and loved ones. I can’t imagine the loss they feel. But I also have no doubt that he was welcomed with open arms into the highest levels of the next life.

For anyone looking for more info, here are a few links. First, his Official site at Greenwichworkshop.com. Next a video produced by Deseret Book. Despite the awful production value of this video, it is really nice to hear him talk again, and to remember how he discussed his work, to see his thought processes, and to hear the familiar cadence of his voice.

And finally, a news article about his passing.