Having a few hours to photograph the Mongolian temple alone was really nice and serene. Eventually as the sun rose, the sky turned blue and the place warmed slightly. The air become less frigid and more comfortable, and monks began to appear and prepare nearby, opening the Buddhist temple doors and getting in their robes. 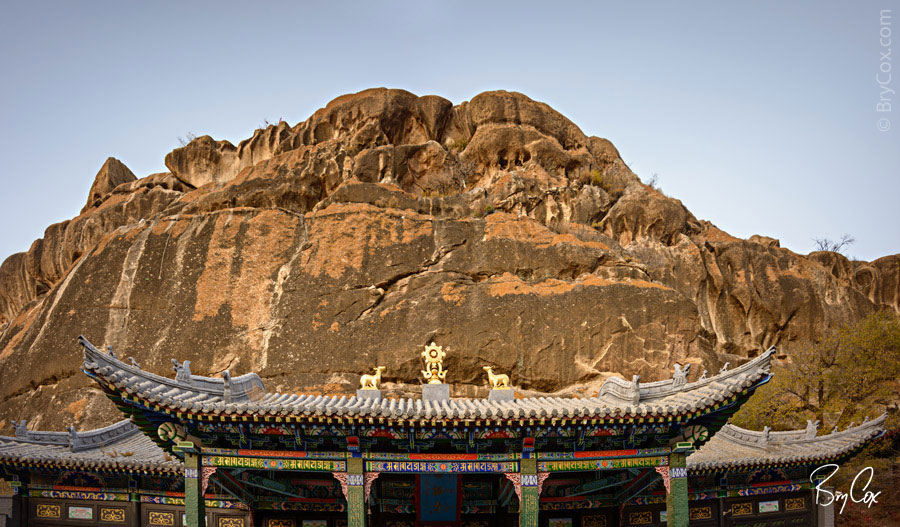 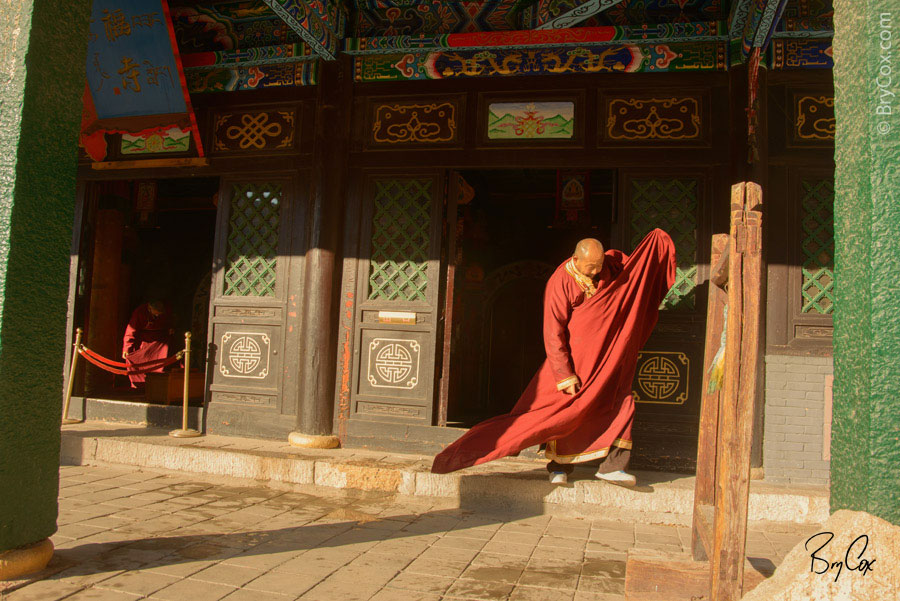 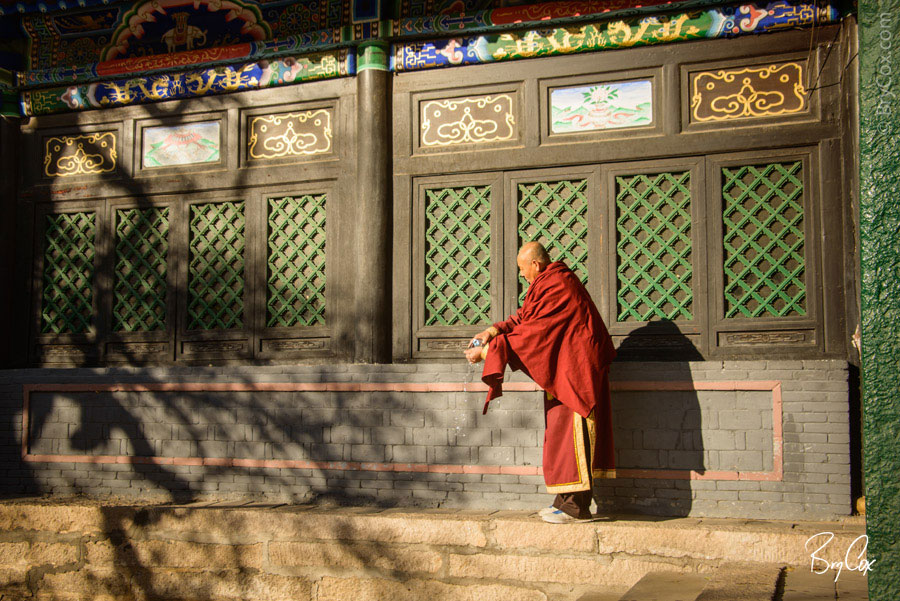 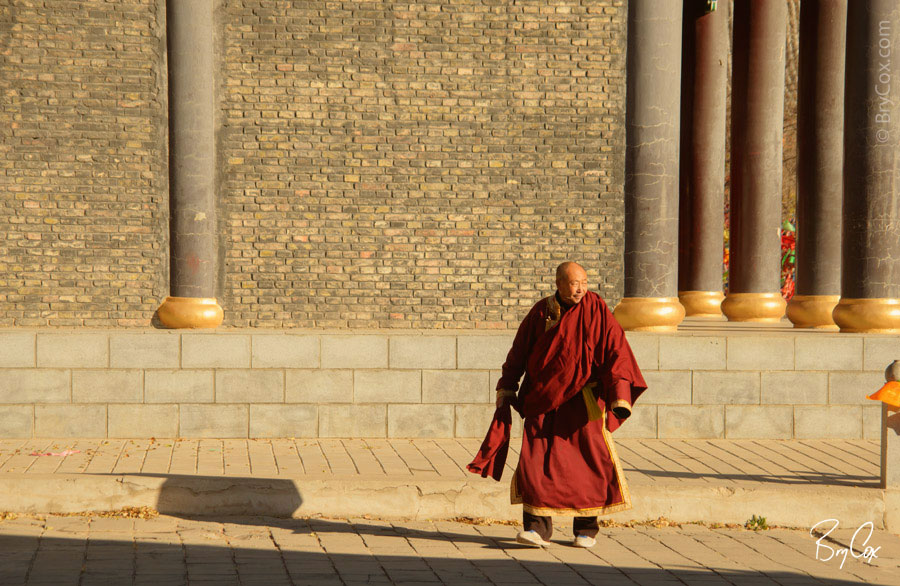 Once the main monks were ready, they rang the gong outside the front doors, signaling more monks to come and chant, and letting the local people know that the temple was open. 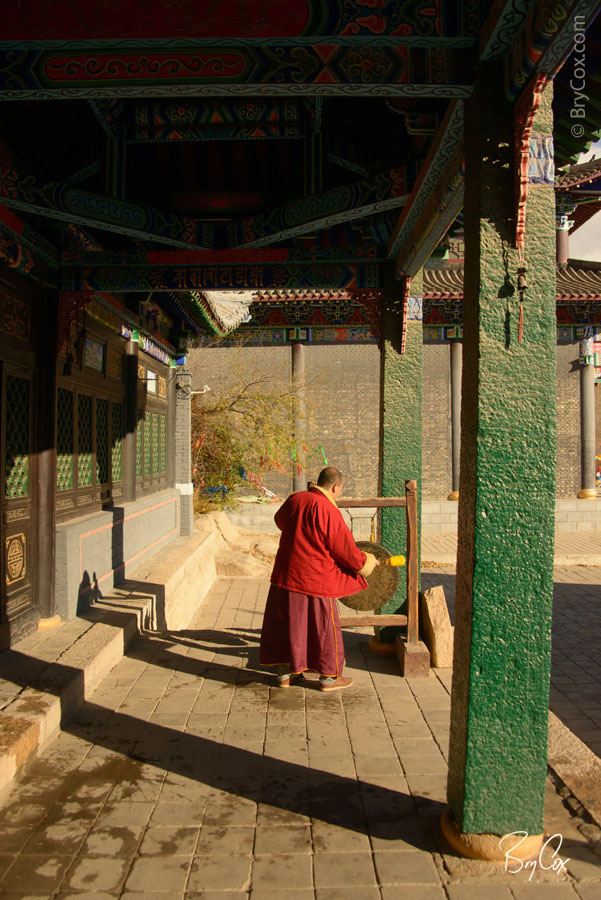 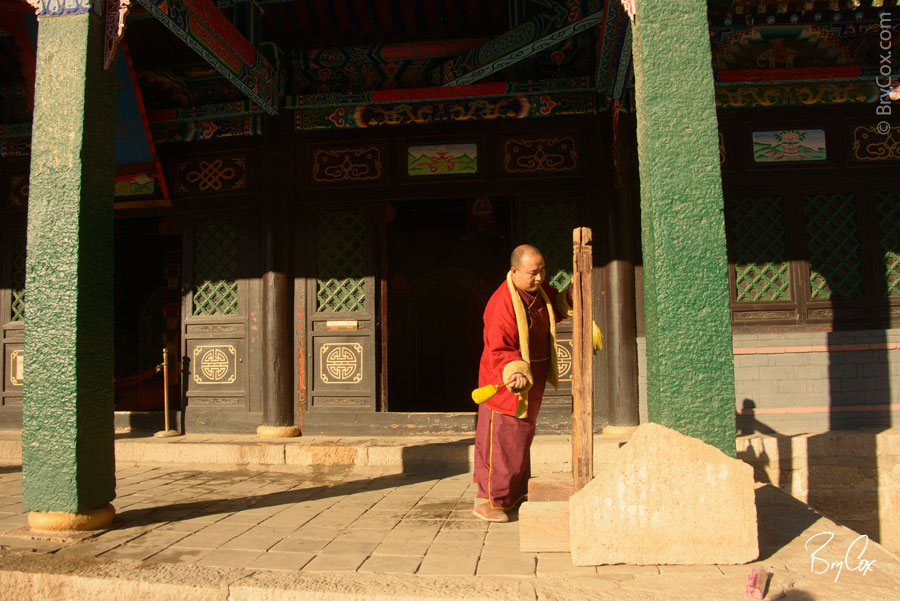 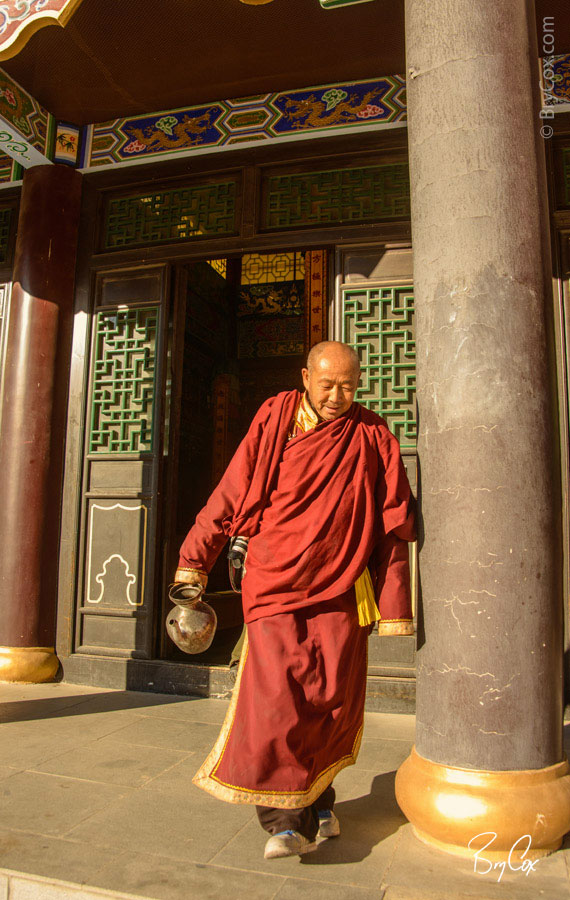 As more monks arrived, each took their spot inside, kneeling and beginning their group chant. These two monks watched over as the younger monks read and chanted together. 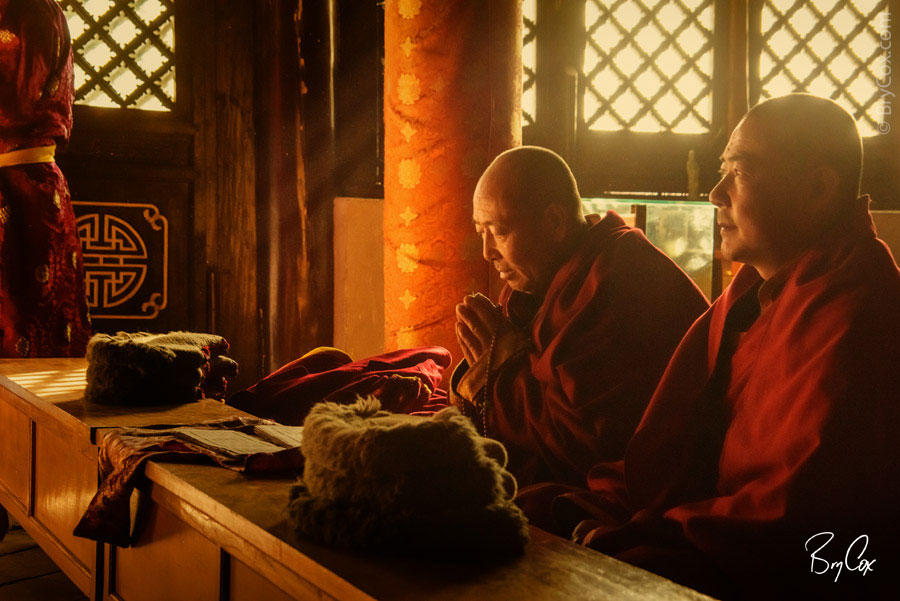 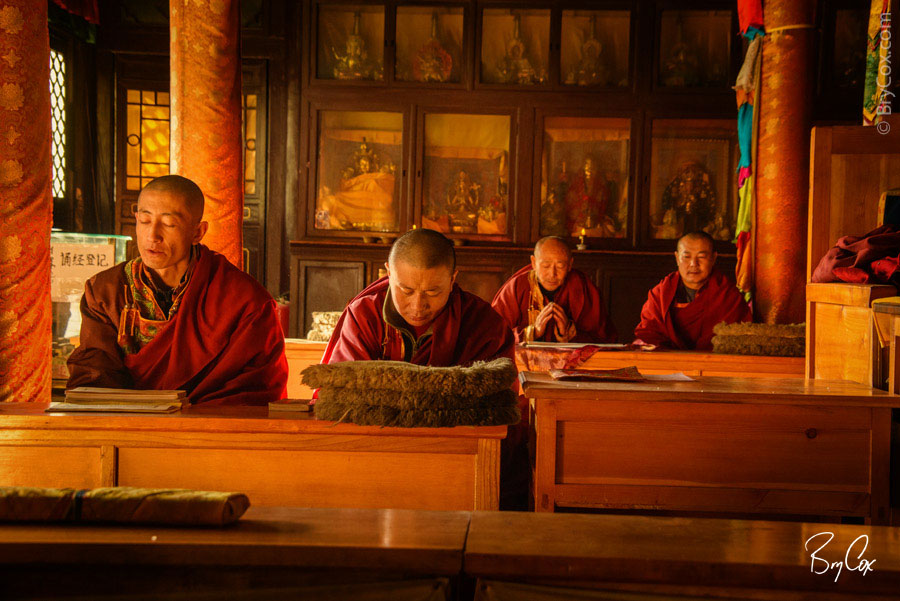 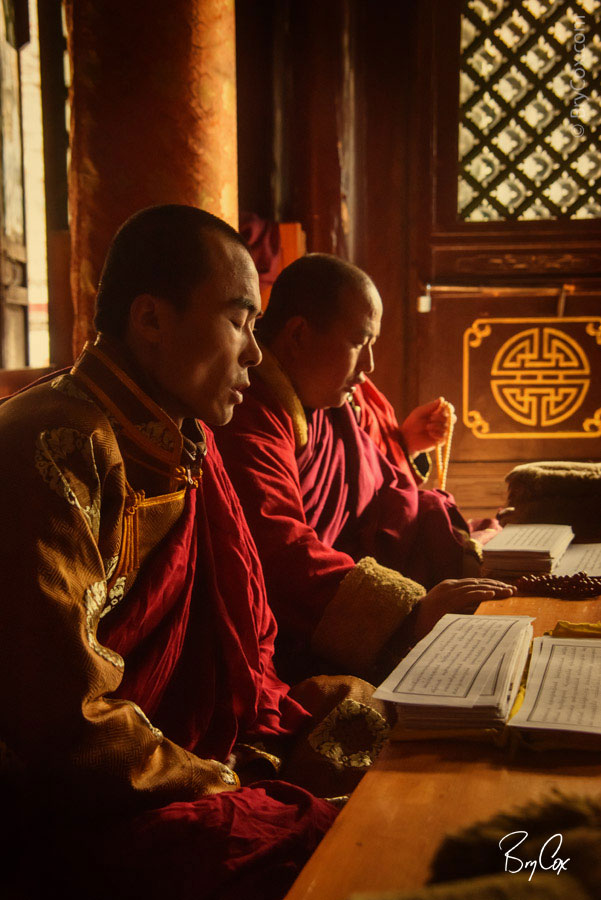 They normally don’t allow photography and because there were making a special exception, I moved quietly and slowly, not wanting to be a distraction. I picked my angles and shots carefully, shooting slowly and waiting for the right moments. I tip-toed to a few spots to create a variety of angles, mostly crouching behind pillars and objects for concealment and for a low camera angle that matched the height of the kneeling monks. I would sit crouched, absorbing everything in, and just wait for the right moment to shoot. Then I’d absorb some more, look around for another angle, then when I was ready, slowly move to the next spot.

The lighting was extra difficult, being very dark inside with the only light source being a very bright sun-lit door. In relation to the dark room, the door was incredibly bright, and would have created a big washed out area, so I had to pick my angels carefully to not show the door, but also use the light on an angle on the monks’ faces. 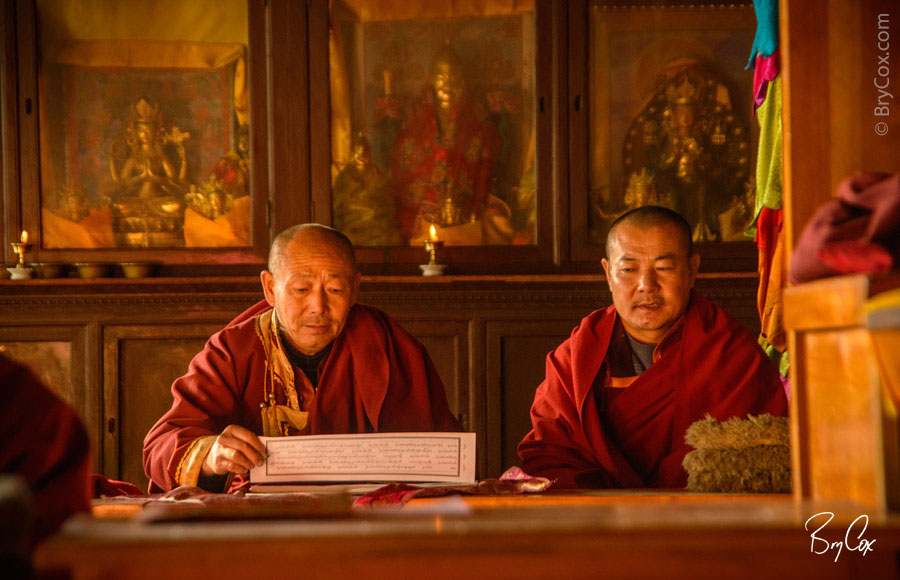 Soon local guests started to arrive, dropping money and saying prayers. I felt I had the images I had hoped for, so I stepped outside the temple. The room was very small inside with very little room to move, and having guests arrive, I didn’t want to distract or be in anyone’s way.

Waiting outside, I photographed a few local people that visited the temple, like this man. I loved his clothing and layers, and his expression didn’t change a bit as I raised my camera to quickly photograph him. 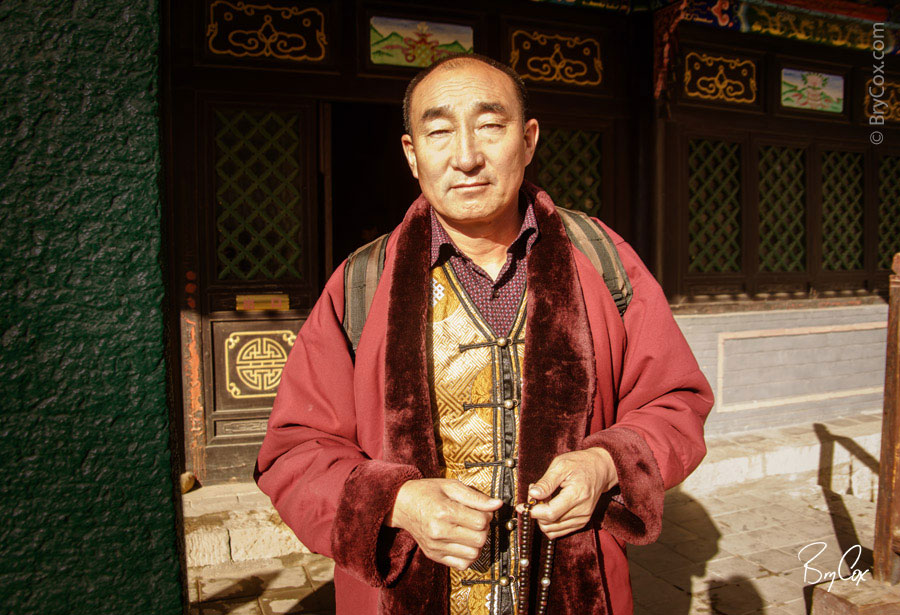 I found these two men very interesting, they way the stood, studying me, partly in shade, the colors of their coats, their faces – it was too interesting not to shoot.

Out in the courtyard, this woman lit an incense rod and placed it in the alter.

As the locals each finished and came out of the temple, they gathered by the doorway, watching me, some even photographing me with their phones. I liked the personality and balance in the way they all stood. 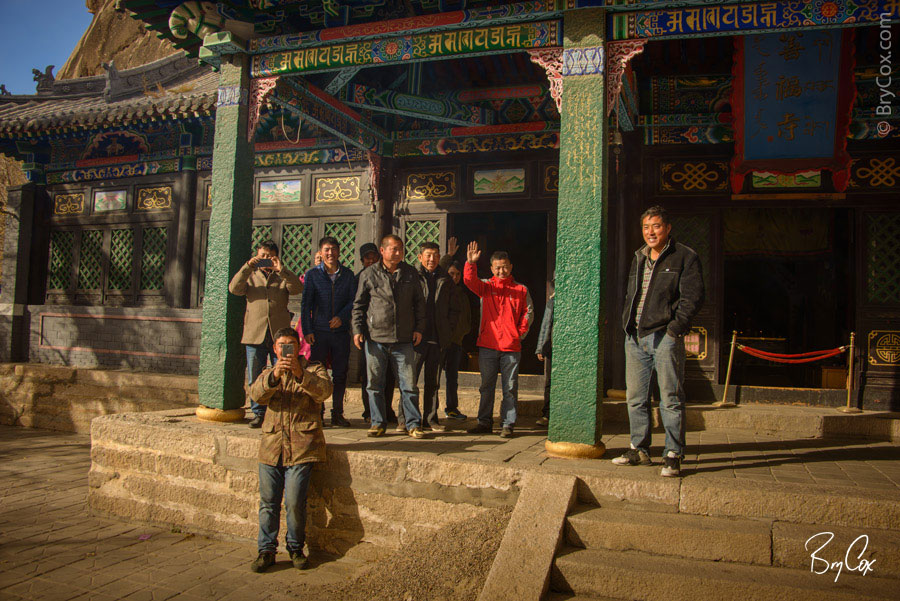 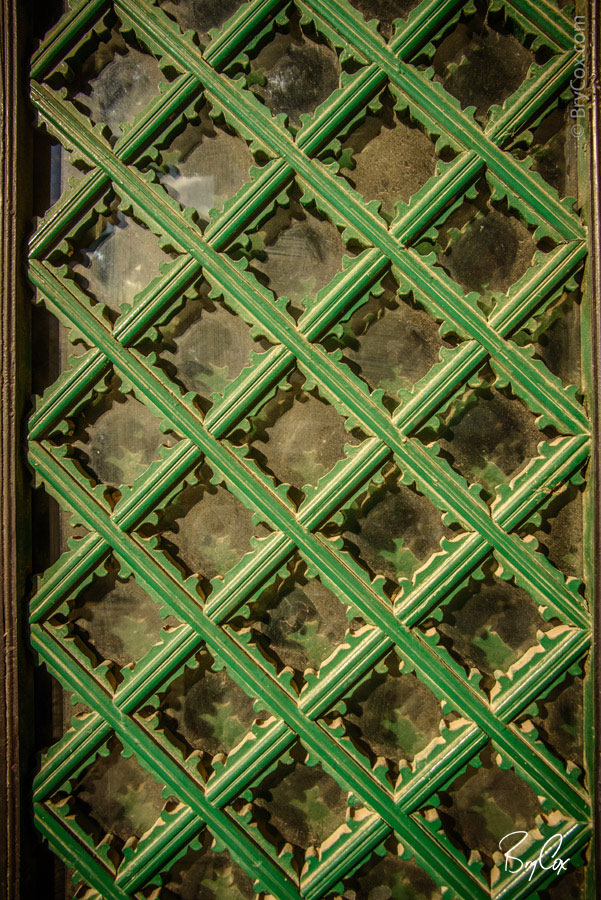 It was time to leave and I had a walk ahead of me, back through the outer gates, down the steps, and through the terrain and many trails. This is the door to the outer gates at the top of the steps. It was too dark to photograph first thing in the morning, but as I was leaving the sunlight came in at the right angle, casting the right shadows to give this pop and dimension. 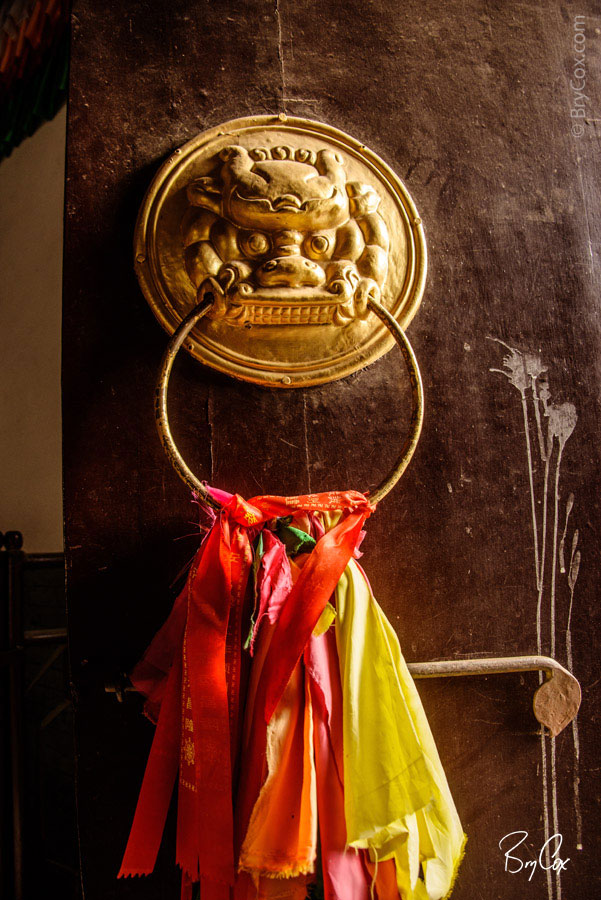 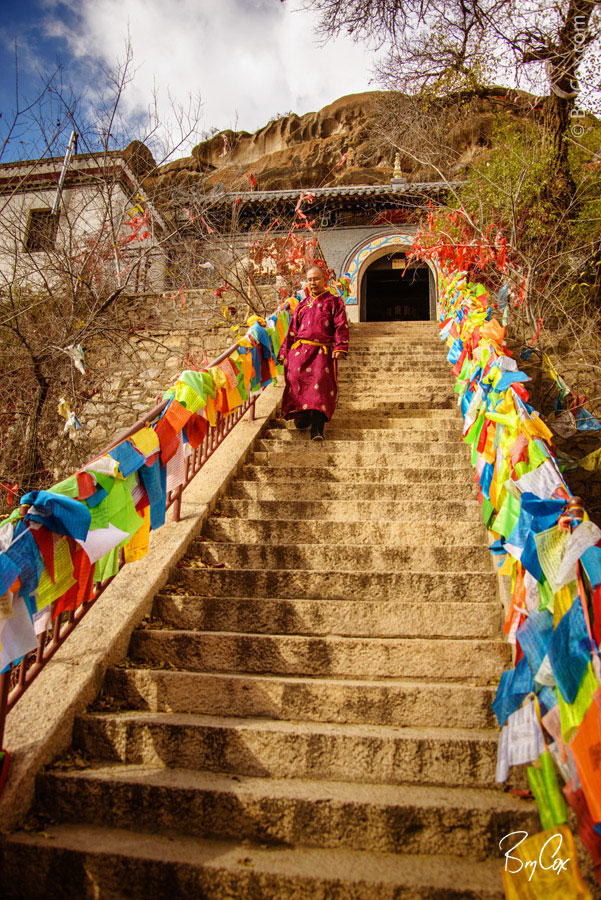 Along my walk out, I kept seeing things I had to photograph, like this bench for meditation and tree covered in prayer ribbons. 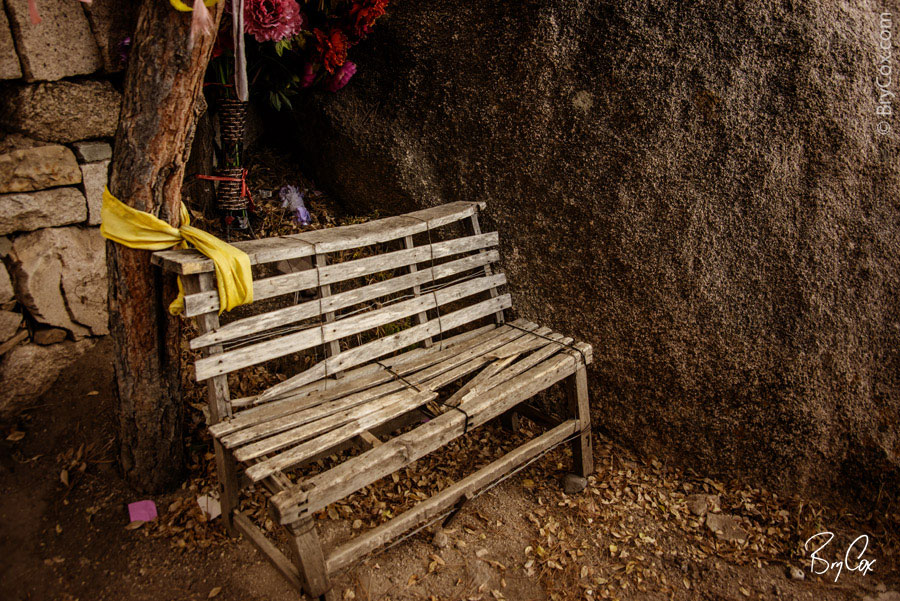 I took a different trail on the way out than I took on the way in, and it was nice getting a different view. For instance in my last post you’ll remember that I first arrived, walking underneath this large stone structure in the distance. At this point in the day, the sun was up, the clouds were out, and the sky was blue. It was a great way to end my trip to this beautiful place.

Later I photographed a market street full of people and a Mongolian school for young children, all in traditional dress. I’ll share some of those images in my next post.