After lunch in Mongolia, we were taken to see “a village” where the farmers lived. They had been given notice that we were coming and they were ready for us, dressed and ready to give us a parade down their main road. 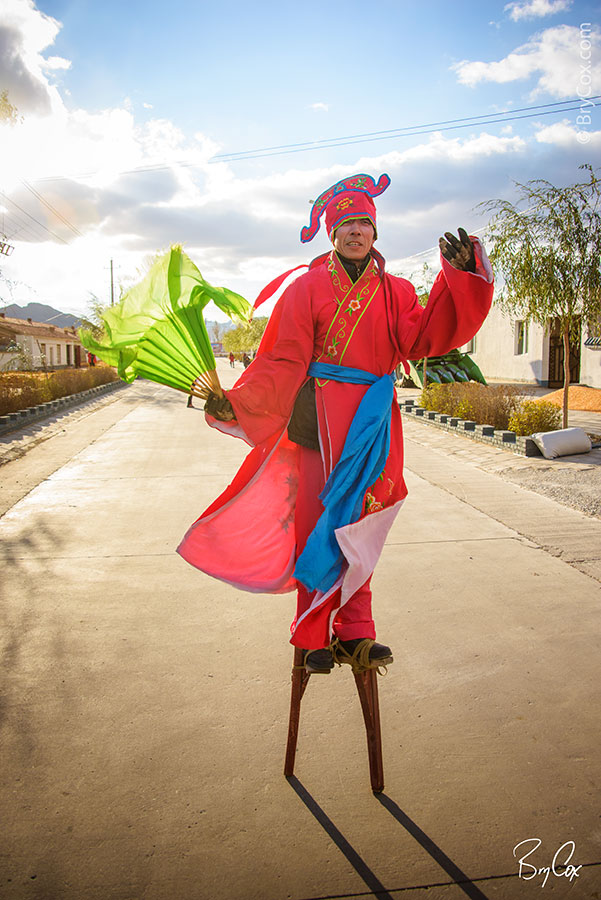 As the women danced, there was a little motorcycle trike-type-vehicle with a flat bed that drove down the middle carrying a drummer. Next to the motorcycle walked a cymbal player and a horn player. 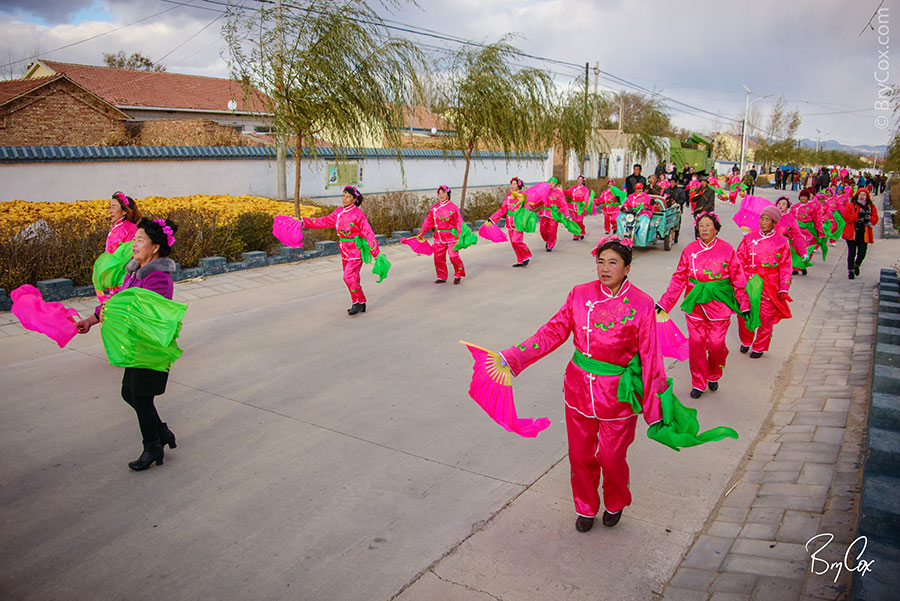 Of the entire crowd, I was drawn to the most interesting face, the cymbal player of the parade. I photographed him a few times, and at the end, he removed his gloves and shook my hand with a big smile. 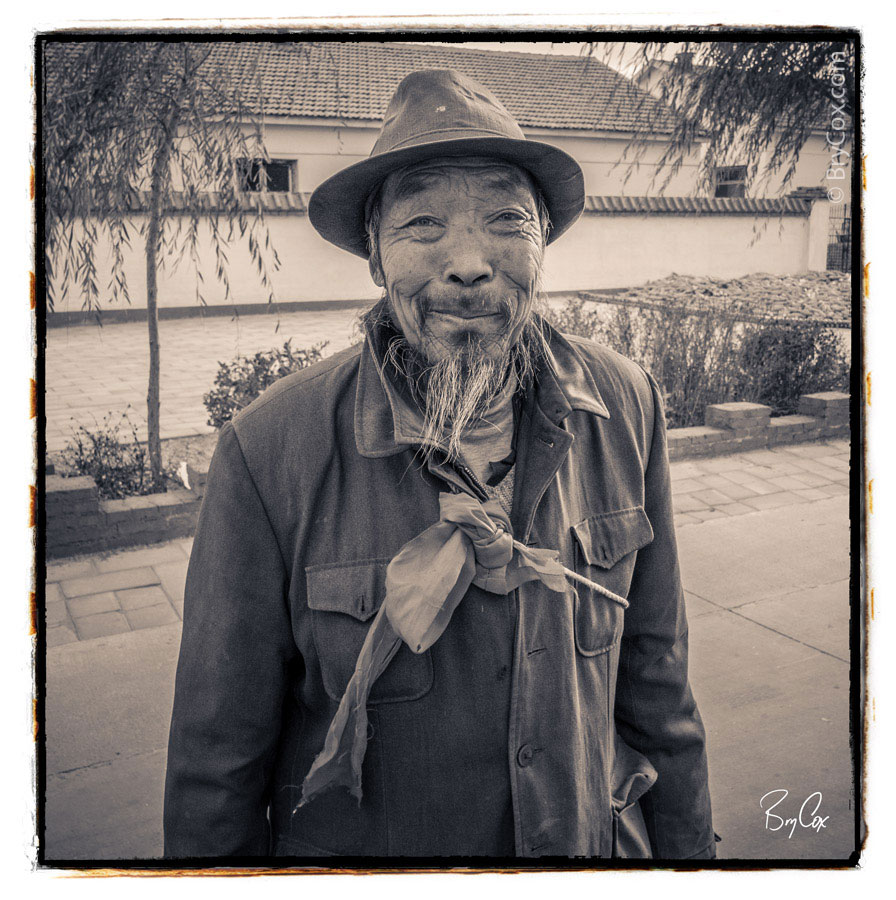 During the parade, these beautiful local ladies came out to see us and the parade. 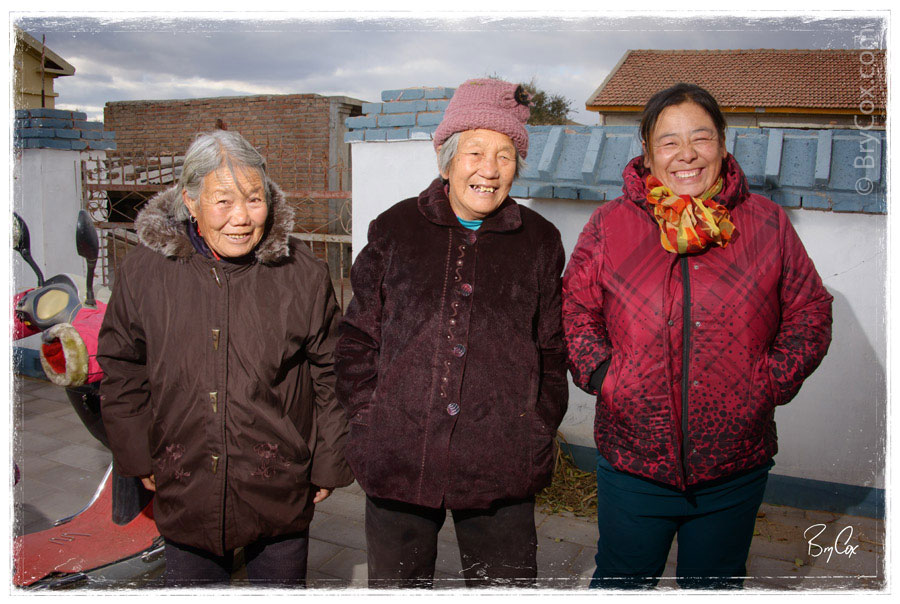 And this little boy came out of his house to show me his puppies by holding them out by their tiny paws. His mom, excited by him getting photographed went to get more puppies for him to show me. Interestingly, the puppies didn’t whine or squeal at all from being held this way. They seemed to like the attention from their little owner. 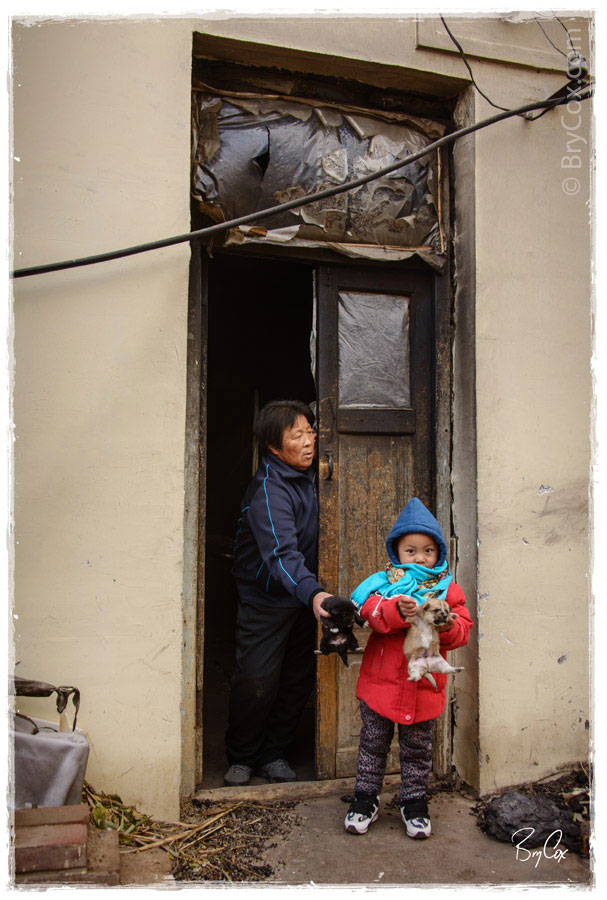 After seeing the village, we went out to the farm were workers were hustling to bag corn. I found myself shooting a lot of horizontal portraits that showed the local environment. Here you can see the brown empty corn cobs in piles, ready to be hauled off, and bits of corn kernels that didn’t make it into bags get swept up with a homemade broom. 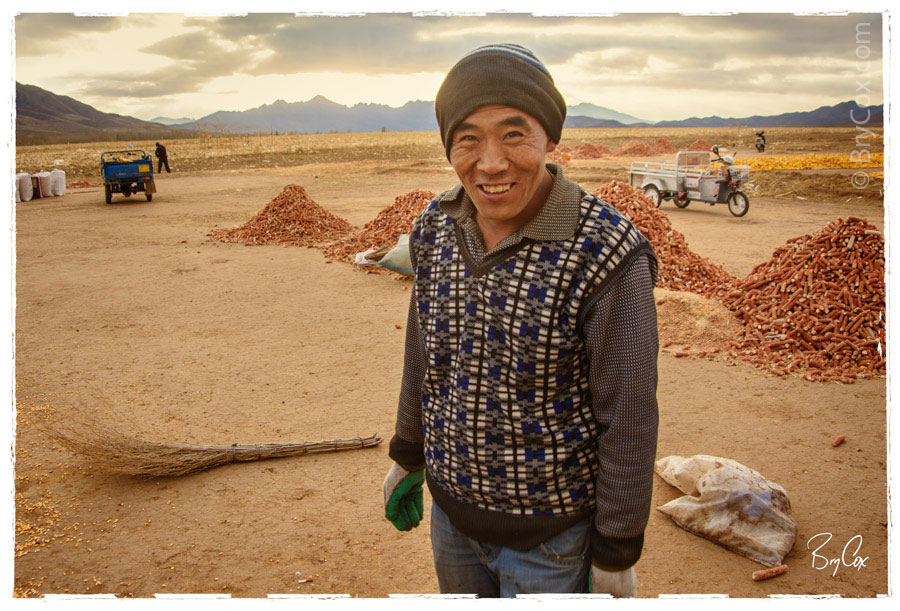 Running and moving quickly as the sun was setting and these guys were working and didn’t want to be bothered, I would wave to people and smile. I love how big their smiles were back to me. 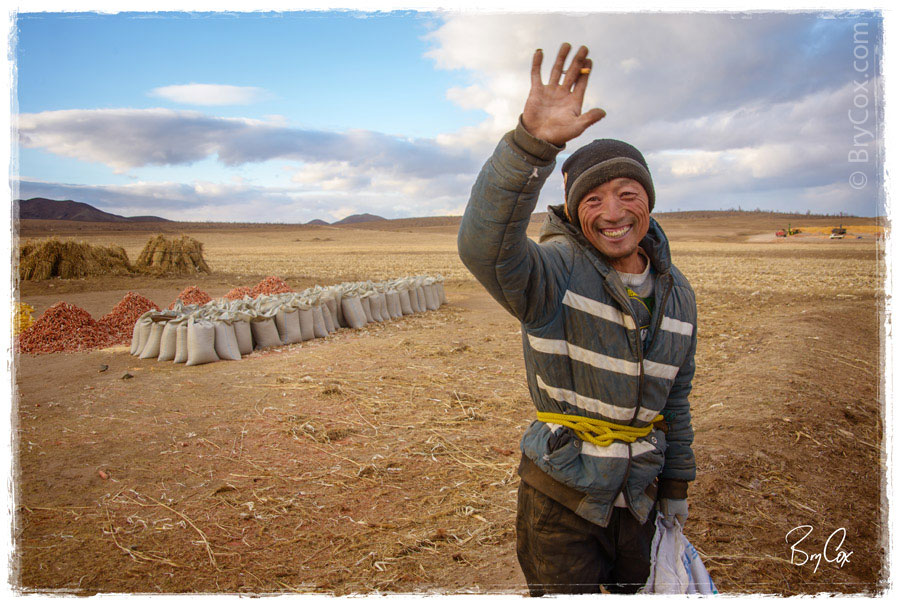 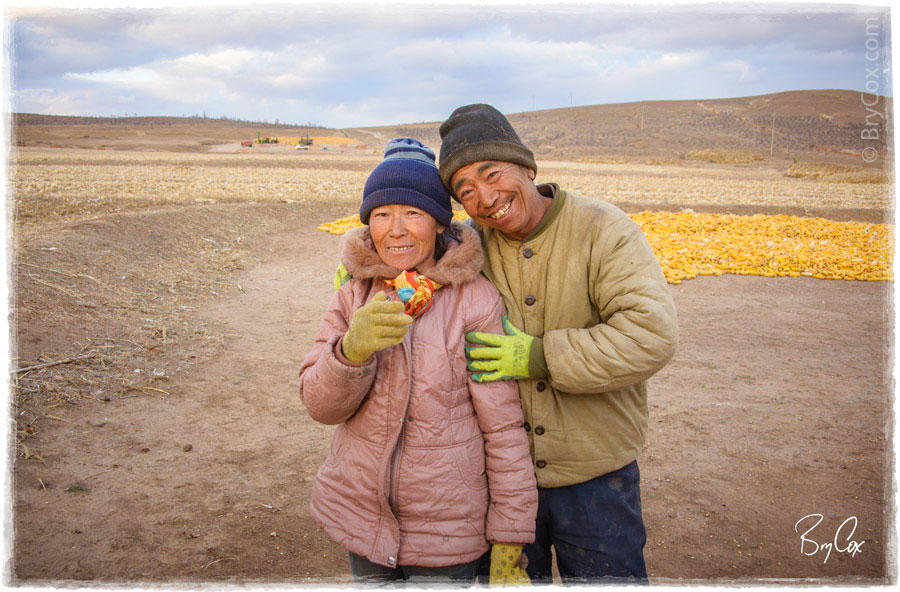 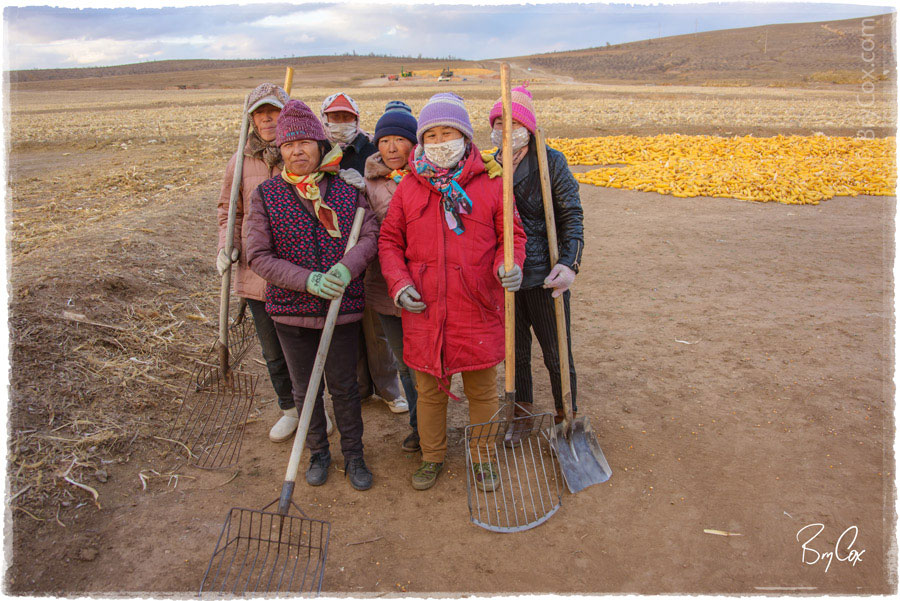 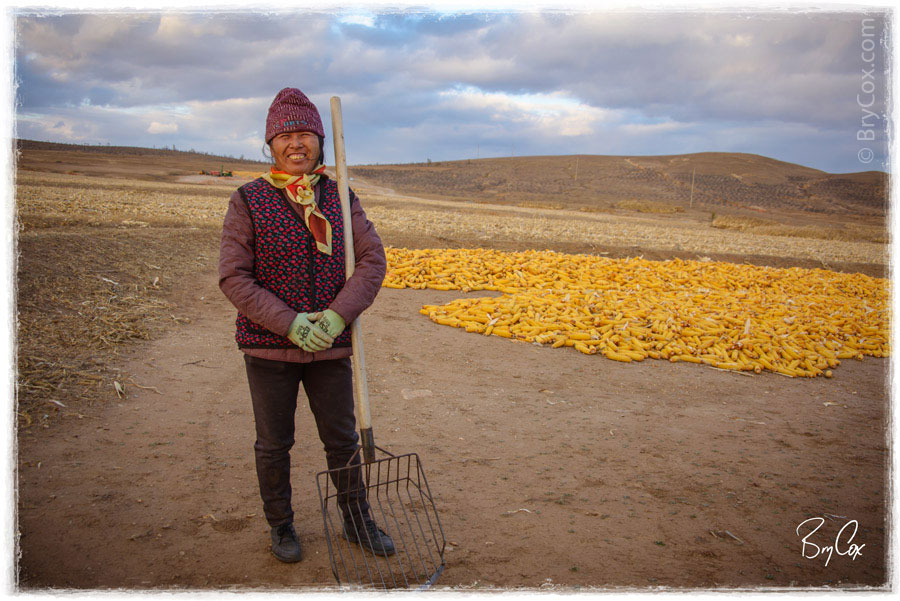 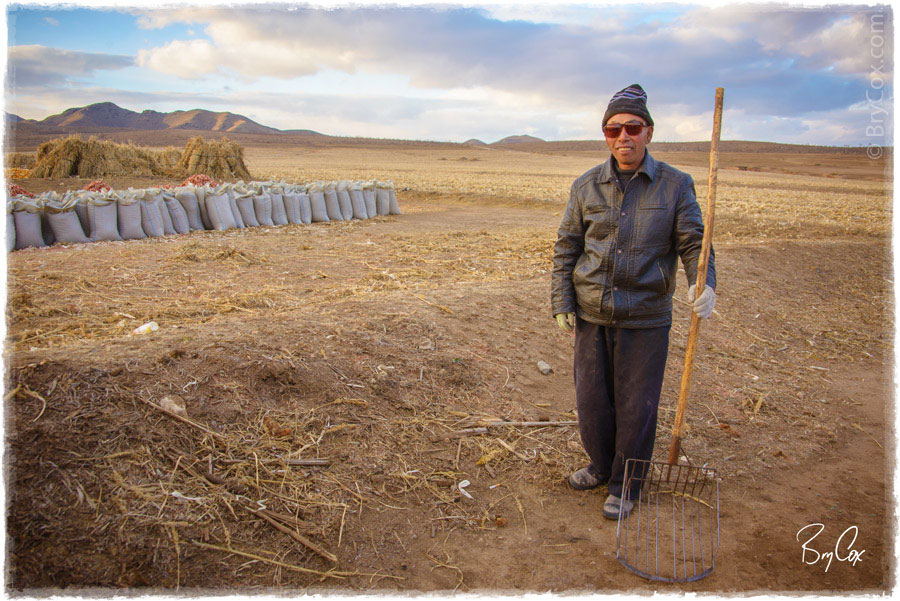 This last woman was sweeping spilt corn kernels into piles, then separating the dirt by throwing shovelfuls into the air, allowing the dirt to blow to the side. 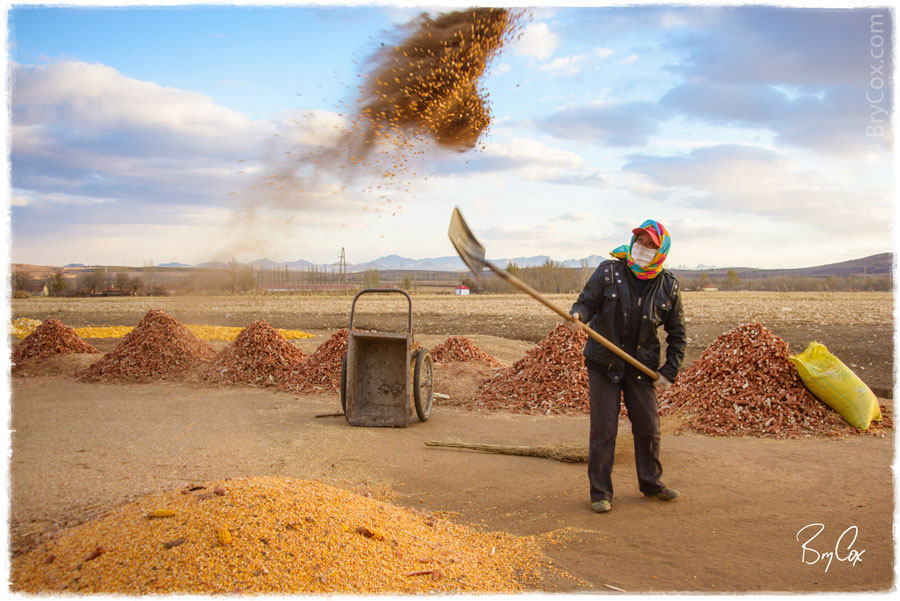 That night, me and the other foreign ambassadors were given custom Mongolian clothes that were made for each of us, and then honored at a dinner. One nice touch for me was when they played the theme song from “The Magnificent Seven” as I walked up on stage to receive my award. Being a cowboy at heart, I’ve always liked that movie but it also has Asian roots being a re-make of the 1950’s movie, Seven Samurai. I’m not sure anyone else was aware of the connection, but it made the moment more meaningful to me, especially dressed as I was. 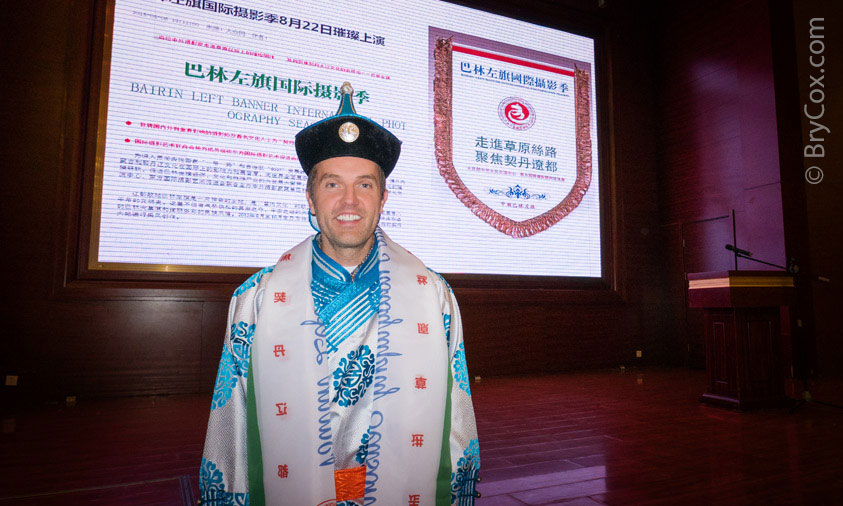 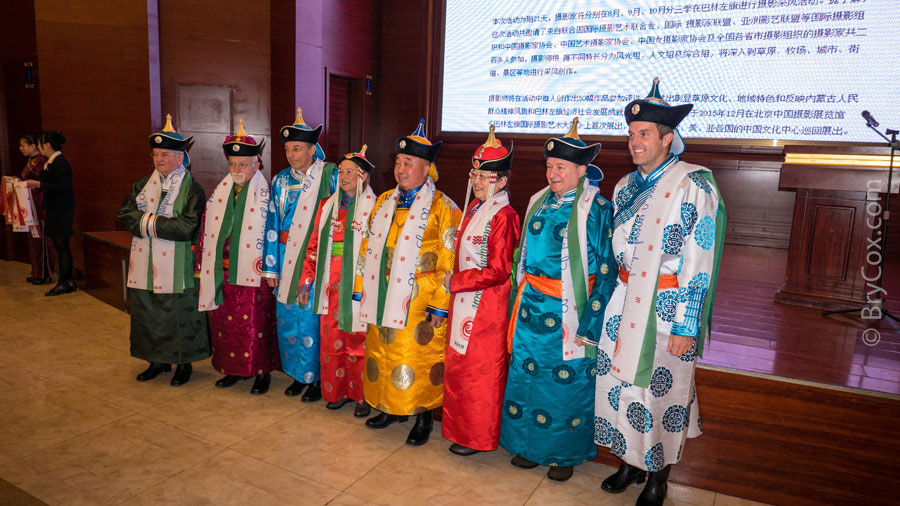 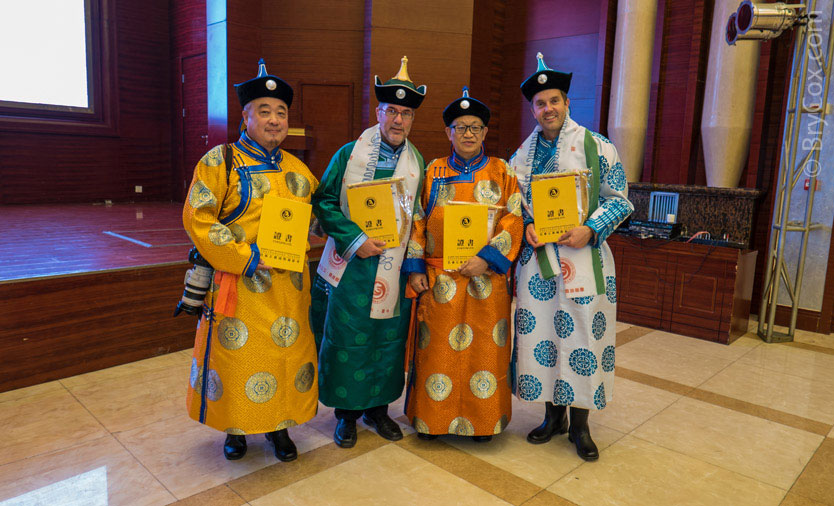 As you can see, each day was an adventure and I was treated royally, for which I’m incredibly grateful. Coming up, I’ll share with you the images I created the next morning at a Buddhist temple at sunrise.