I love the adventure of hunting down and photographing lighthouses. It’s the perfect activity for someone like me with wanderlust. The entire process is cathartic and inspirational. It requires driving through un-populated areas on old curvy roads instead of fast and straight highways, it means driving with the window down and smelling the sea even if it’s cold outside, it means hiking and sometimes scrambling up and down mountain sides to get to the right spot, and it means sitting and watching light and soaking in the atmosphere around you with no one else around as I wait for the right moment to shoot. And in the end, I leave with a beautiful image that I hope others enjoy, but even if they don’t, I know I will enjoy it and the process of creating it.

After landing in Seattle, I took my rental car over to Victoria, Canada on the COHO ferry. This self portrait is me with my point and shoot, on the cold and windy bow of the ferry. Even though it was cold, I always like being outside on a ferry rather than inside. Everything is different outside on a ferry, and it makes me feel like I’m on an adventure. You can smell the ocean air, you feel the droplets, and you can look off at the dark water beneath you as you crash through it.

After landing and getting established in Victoria, I went out lighthouse hunting. I first photographed the Fisgard Light outside of Victoria. Access is only open during the day and when I got there, I was told hat the light itself was “closed” for the day, but other parts of the ground were open. I paid the fee and went to find an angle where I could still get close and photograph it, knowing I could get around the construction and workers. And that I did. I was able to get right up close, and I spent some time there hiking around the rocks and looking at the light, created these images. 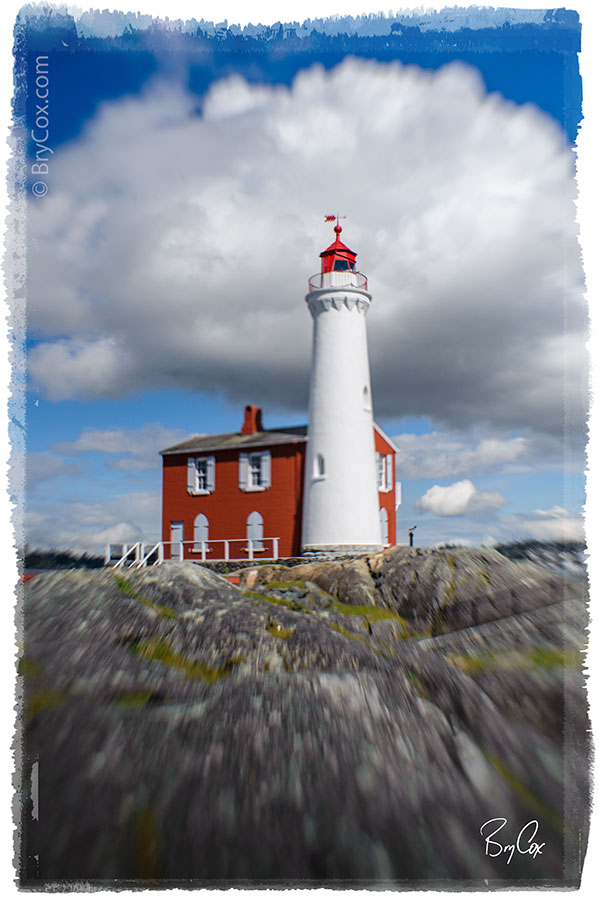 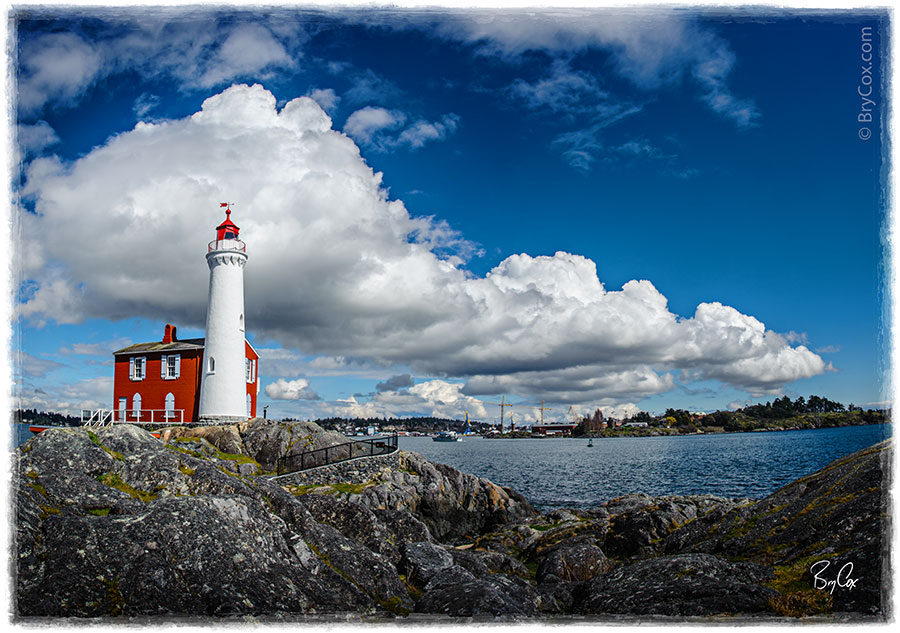 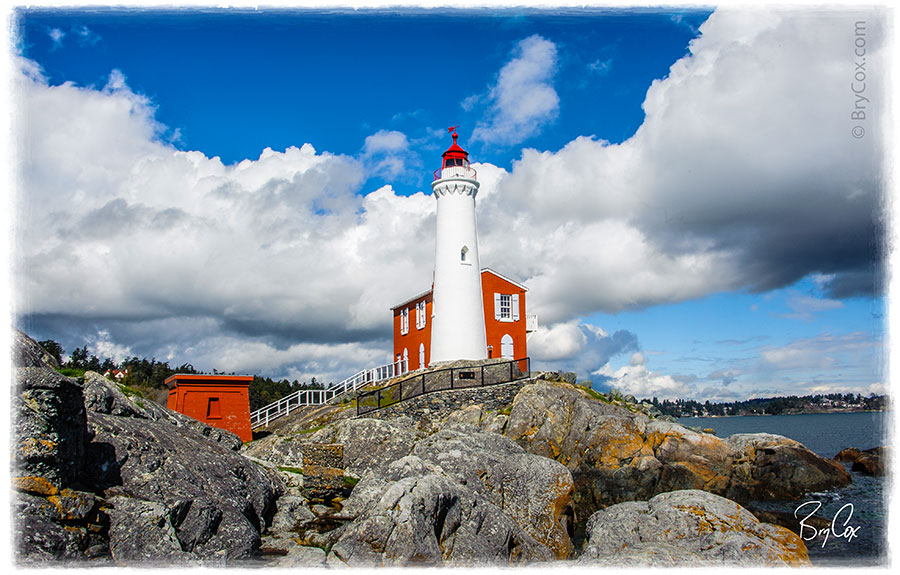 I really loved the clouds and the dramatic sky, and thought a black and white would work well. Even though I love the red of the building, this black and white may be one of my favorites of this lighthouse. 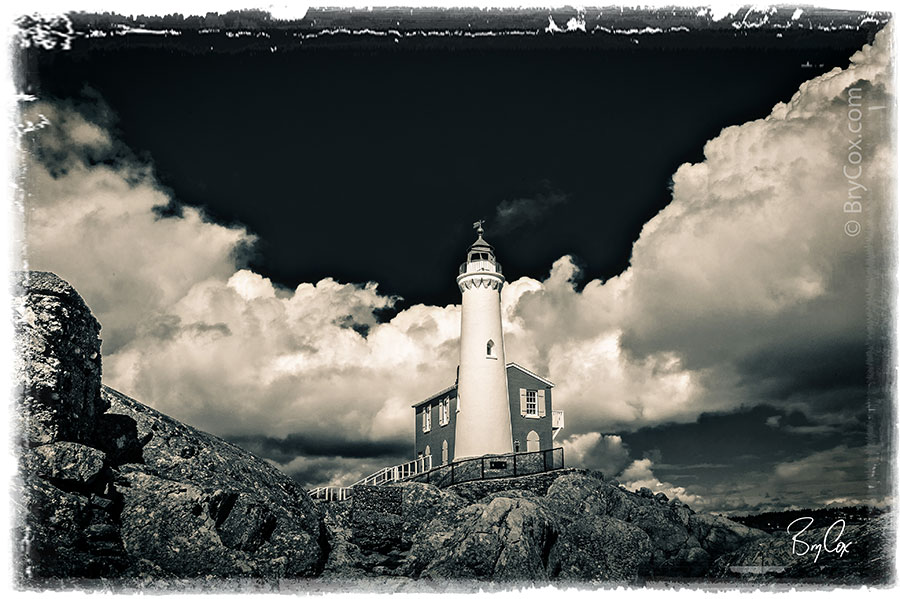 Before leaving, I did this self portrait with the lighthouse with my point and shoot on manual. 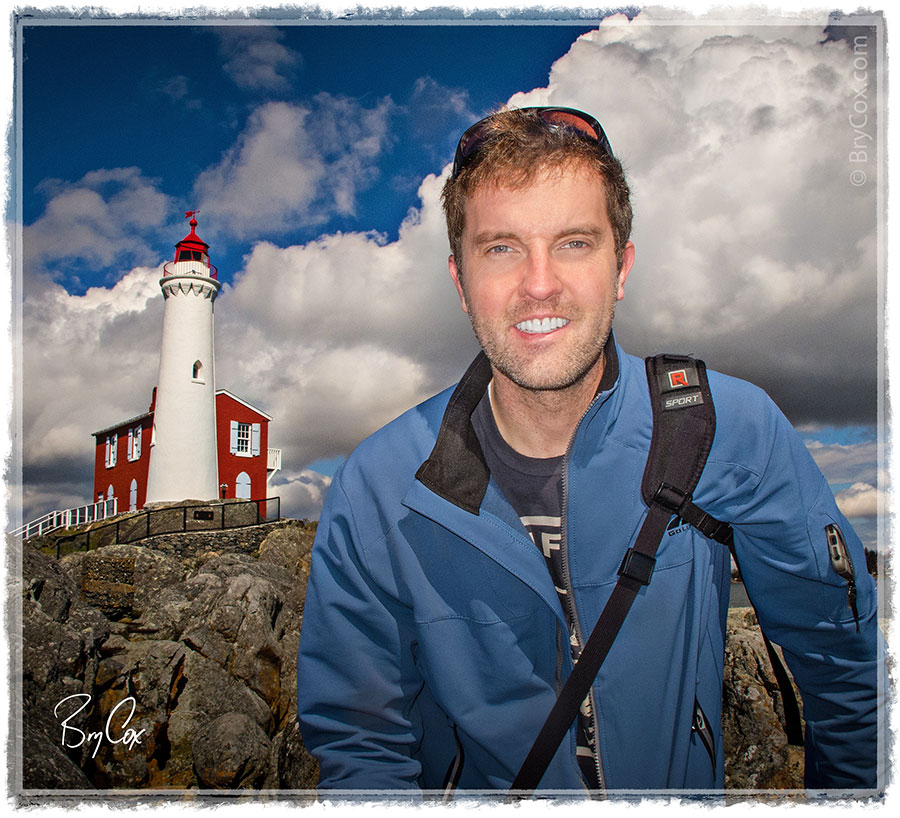 The next lighthouse, Sheringham Point, was quite hard to get to, being a long drive up the western coast of the island. Along the way, I looked for my favorite fish and chips hut on the water, but it was closed for the season. When I finally got to the lighthouse, I found that it too was closed — abandoned and gated off by the government. The surrounding land was also locked and controlled by a land developer. Everything was gated and blocked off. It took some hiking and some ingenuity to get to it, but here are the images I created. 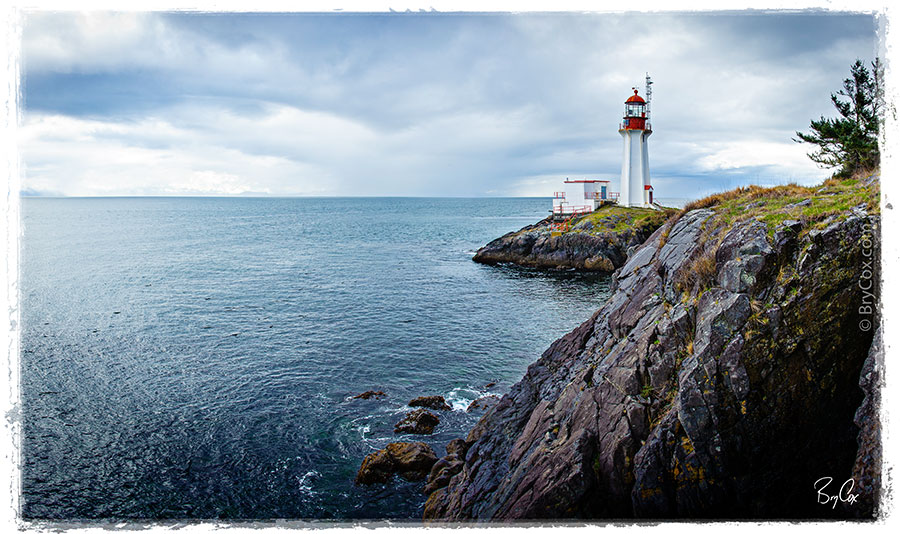 By this time, it was getting late in the day, and being on a different part of the island, the weather was dramatically different, giving this lighthouse a very different and beautiful mood. And the rocky cliffs to the side were my favorite part, and I thought were part of the character of this lighthouse. I found a way over to the side where I could photograph the lighthouse using the cliffs to frame it. These looked much more dramatic than the images of the lighthouse from other angles. 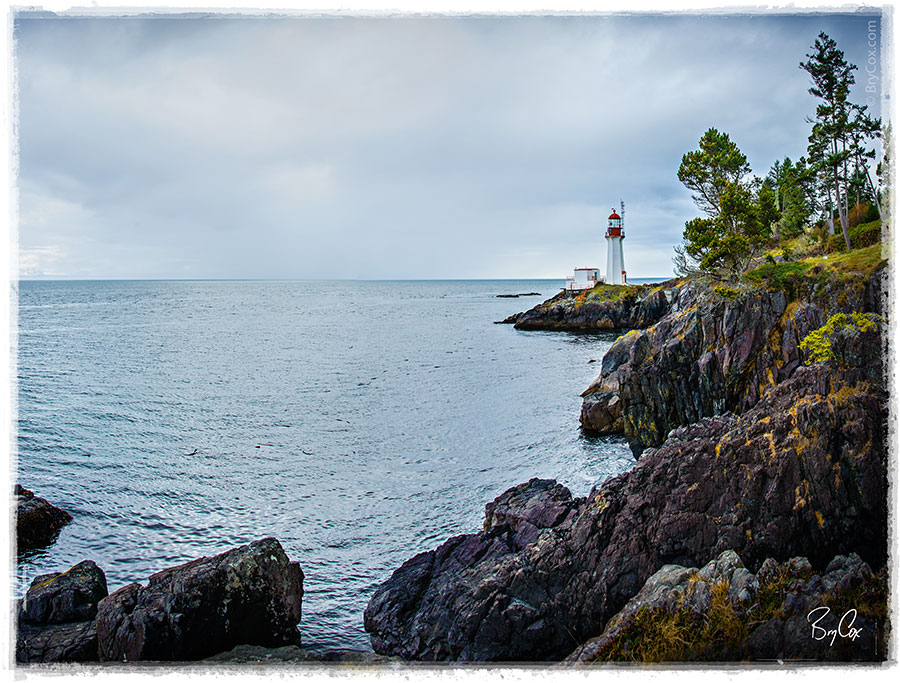 I sat on this rock for a while watching the light move and change, and listening to the crashing waves beneath me. I thought it a cool place to created a self portrait with my point and shoot. 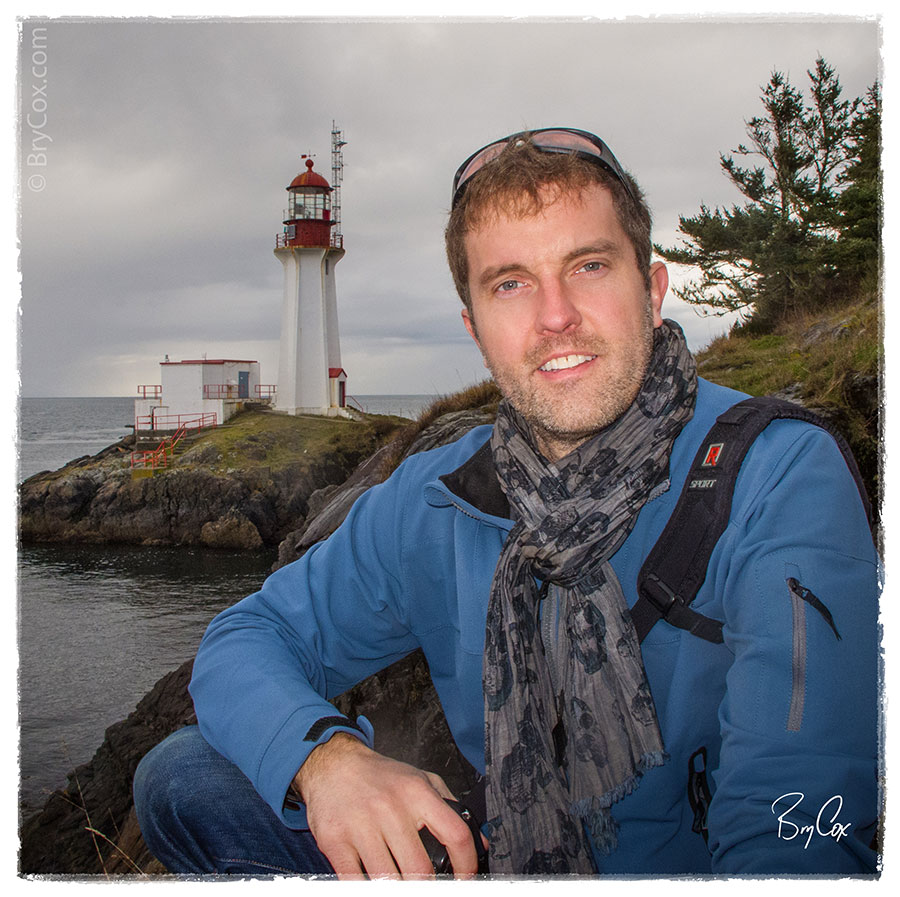 Being on the hunt, my mind was distracted all day. It was here sitting, that I realized that I still hadn’t eaten breakfast and it was actually dinner time. So I headed to the nearby logging town of Port Renfrew to get some fish and chips, and then from there took the long way back to Victoria, making a loop up and over the island using a curvy logging road. I arrived back in Victoria at night and got some Chinese food for a late dinner in Victoria’s China Town.

All along the way, I also took abstract images on my iPhone and posted them to my Instagram feed. There are iPhone pics of these lighthouses as well as abstracts from the ferry and other interesting things. You can see those here, http://instagram.com/bry_cox