Are there currently trends in the styles of photographs that couples want? (Vintage, Black and White, Journalistic). About how often are these changing?

Yes there are always new trends, and these trends are changing even faster now with blogs and facebook. Trends start with a great image from a great photographer, and then it gets copied all over the place. Some photographers will even do the same shoot over and over again, using the same exact locations and props which I disagree with.

In my opinion, a good image tells a story about the people in the image. Every part of the portrait should be there on purpose. The location, the background, the lighting, the style, the pose, the effects – everything should be on purpose and should work towards the image. You shouldn’t do something just because you saw it somewhere and liked it. You should instead get great images that others want to copy, rather than copy other people. 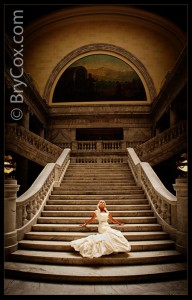 For instance, the location and props should have something to do with the client’s personality, hobbies, and lives, and the lighting and posing should help accent the client’s good features while diminishing those things that the client worries about.

Images created this way will have more emotional impact and will be more valuable in coming years and decades to the client and their posterity.

Instead however, most images I see on facebook recently are simply faddish for no reason. No one knows if an old typewriter for instance, is being used as a prop to symbolize that the groom is a writer, or if it just means that the couple went to the flea market.

Similarly, having family portraits taken in the woods sitting on an old beat-up couch is meaningless and overdone. It tells you nothing about the relationships or lives of the family sitting on it, possibly getting bed bugs. And it raises the question as to why there’s an old couch in the middle of nowhere, and why these people are sitting on it.

Years ago, photographers would show that a teenager was rebellious by having them walk down train tracks. Using train tracks has always been a dumb trend, but it gave photographers automatic leading lines without even trying.

Great photographers have always used clothing to help an image, and should consult with clients about what to wear. However this has turned to bad trends too with bad photographers recommending that families all wear the exact same shirt.

When you hire a good photographer, he/she should help you look great in every way. Your photographer should know just how to direct the image to keep it from being trendy while instead creating images that are fun and not stuffy. A good image should always have a timeless appeal.

When you avoid the trends, you’ll look more flattering in your images. Keep in mind that newer photographers with less acumen perpetuate most trends, and those then spread fast over blogs and facebook. 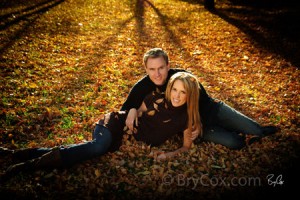 The photojournalistic trend for instance has been a big trend for a long time because some images look great. The images you see are usually in magazines that showcase a famous Hollywood wedding. The magazine shows only one or two images (not very many) and brides love it.

Also newer photographers love the idea of getting such great images at a wedding without needing the skills of posing, or lighting, or training. It sounds fun to just shoot and get fantastic images automatically, even if it really means shooting thousands of images in hopes that something may work out by the law of averages. But most times they don’t work out at all.

The truth is that the real Hollywood photojournalists really do know lighting and posing. They really know their equipment well AND they are working with beautiful movie stars that are trained for a living to be photogenic in front of a camera while acting natural.

Almost no one is trained to look good in front of a camera naturally. Even if a bride is a pretty model type, she will look worse in a snapshot with no control of lighting, posing, or attention to details. She will look normal or average in a snapshot particularly if she is lit wrong for her face shape.

Most people hate snapshots of themselves and need help looking good. Most people feel they are a bit too fat, too skinny, too tall, or too short. They don’t like their nose at this angle, they think their arms are thick, and they worry about smiling too big because their mom says it shows their gums.

Nobody loves snapshots of themselves, that’s why they hire a professional who knows how to make them look amazing on their most important day. And looking good is work that should be done in-camera and not with software afterwards if you want a real and believable image.

I personally have a background in both fashion and classic photography. Being educated and skilled in both areas has helped me to see trends and know what will last and what is fleeting and faddish.

I try to always create images that are unique and particular to each couple, that tells a story of their life and personality. But I also try to do that with elements of classic appeal so that the final portraits are both personal and timeless. 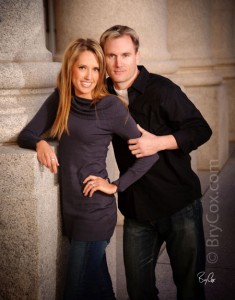 Among photographers, there are a lot of jokes about what brides-to-be or family members ask about when they are talking to their potential photographers. What questions do you believe are not relevant to the discussion?

I don’t think there’s anything a bride should worry about asking me. Yes people ask a lot of the same things, but that’s okay. Many times it’s because they are learning as a consumer and making comparisons. In my studio, everything should be open to discussion and all expectations when hired should be in writing.

One common theme for questions though for the last decade has to do with the myth that digital has made photography free, and that it should be getting cheaper and cheaper.

The truth is that photography is actually more expensive than it ever used to be, and every client has to help cover all the costs involved in creating an image and the costs of staying in business.

A portrait isn’t cheaper because it was created digitally, a photographer still has to charge for everything that went into creating the image, not matter how it was made. But with digital there are many more costs that people just don’t realize.

Aside from the normal expenses of marketing, overhead, insurance, continual professional education and workshops, and the photographer’s salary, there is now the ongoing expense of digital equipment.

In the past, a professional high-end film camera could be used for years and not lose value, and pros had lots of them just in case. Now digital cameras are like computers, they are constantly obsolete and losing value.

Professional photographers are constantly replacing and upgrading cameras, computers, and software, none of which is cheap if you’re getting professional grade.

And because a good professional needs multiple backup cameras and equipment, it gets even more expensive. Most new wedding photographers right now have their one and only camera which is usually a nice but consumer camera. It is usually rented or borrowed for that one day (though they’d never tell you that). But what happens if that one camera fails on your wedding day? Where’s their backup? Where’s their backup lighting for when a flash doesn’t want to fire?

Besides equipment, it’s also more labor intensive to shoot digital. No more do we drop off our images to a lab and pick them up in a week. Each image (and photographers are shooting more images with digital), must be sifted through and developed. Albums and prints look nicer as more can be done to the images, but that means more time and more money to do more work.

Digital also means that continual education is a must as things change, software changes, operating systems change, and modes of operation change. A photographer must always be aware of the changes in his/her profession.

So when someone calls and says that they want me to shoot a wedding for them but they just want the disk because they want to save money, they don’t realize that it doesn’t save them money. What costs is everything that goes into an image, no matter what way they get it. 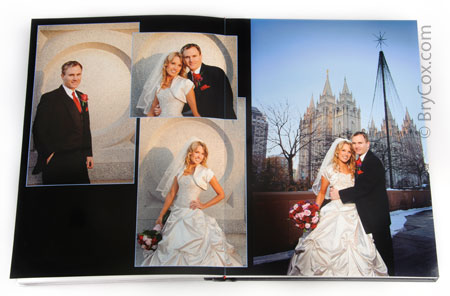 You are as well known by your awards and by your reputation as anyone in the country for your wedding photography. What is the current consensus from the most professional wedding photographers about giving the couple full-sized files (RAW files or retouched TIFs or JPEGs) for their own printing.

(Editor’s Note: This has never been an accepted practice before digital. A photographer is considered an artist and the original file—then a piece of film—was and still is considered the property of the photographer).

Like I was saying in the last question, digital isn’t free and getting images on a disk doesn’t make them cheaper. In fact, getting them on disk should cost more as the photographer is really selling a license to the client. This means that client can make as many prints as they want without paying royalties.

With film, photographers stayed in business by selling physical photographs in various sizes. If you wanted ten images in whatever size, you paid for those ten images, and you got ten finished images with a lot of craftsmanship and care.

If you wanted more, you’d call the photographer and make a reorder, and the artist got paid per use of the image. Owning a physical print didn’t give you the right to go make copies, you always paid for each copy. That meant that there was a built-in royalty system that helped sustain the photographer so he’d be in business the next time you wanted images taken for your next event in life.

But clients have began to believe that it was the actual print that costs the money and not everything that went into it. They began to think that if they could get it digitally, they should be able to save money. But when a photographer sells a digital file, the client no longer will call for a reorder. That means if the photographer sells a digital file for the same price as they would a print, the overall sale will be smaller.

With smaller sales and a higher price of doing business, the photographer will go out of business unless he charges much more for the file upfront. Therefore the consensus of professional photographers is still the same, to continue offering their services to the community, they need to charge more upfront per image, if they are selling digital images.

Newer photographers may offer a disk full of images for some ridiculously cheap price, but those images come at an obvious cost. The only way to be cheaper and stay in business is to cut somewhere, and those cuts come in lower levels of expertise, average looking images, basic effects batched across all images to hide problems, lack of professional-grade cameras and lighting equipment, lack of the ability to use the equipment to their full potential, lack of the newest computers and software (many times just having one laptop only), no data backup system, no printed samples to show prospects, no building to meet in or shoot in, no licensing, no taxes, and no certification or education.